It's safe to say that so-called comedian George Lopez wasn't happy with the Super Tuesday results. 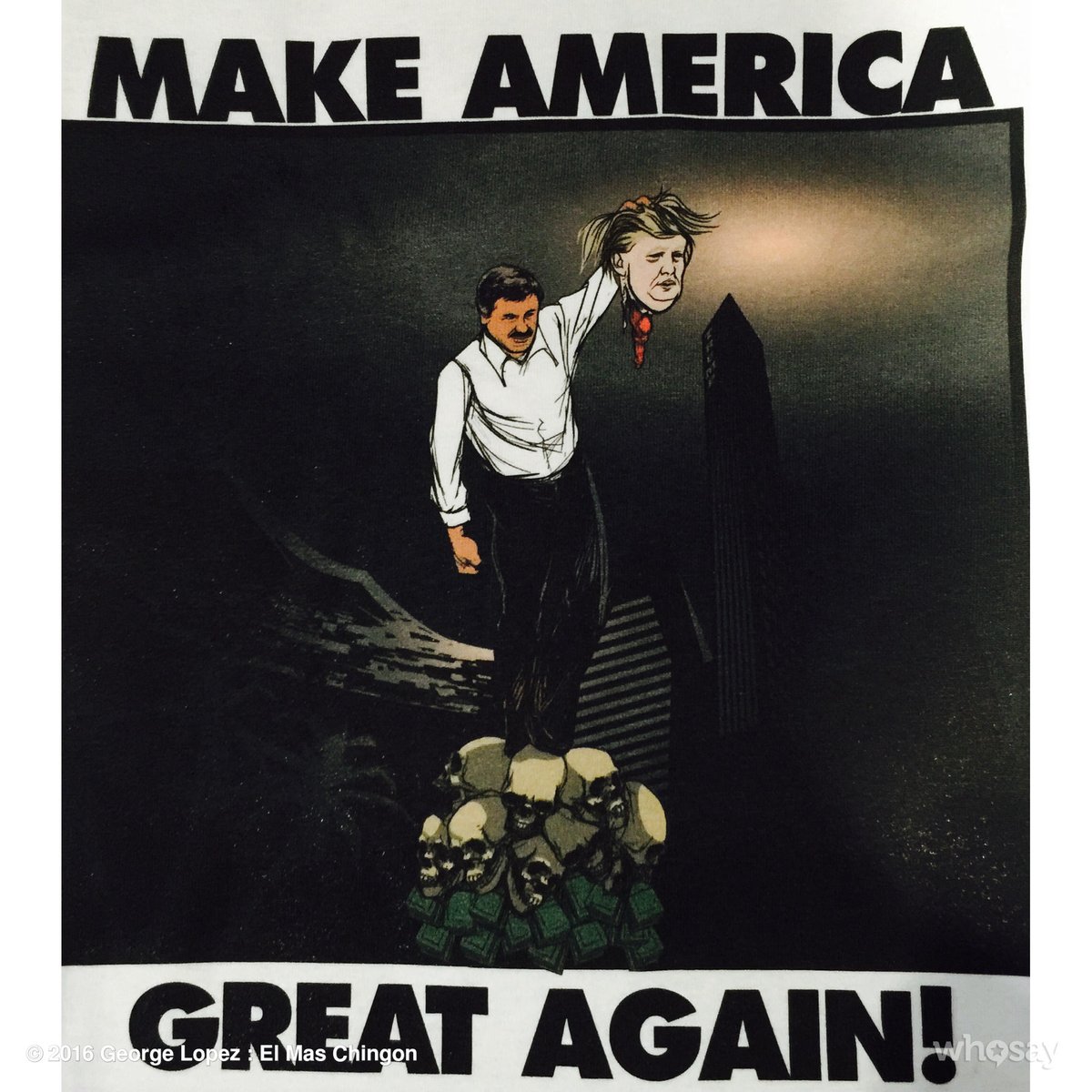 However, when a Trump supporter tweeted a picture of Trump as the Terminator carrying the head of Lopez, he fired back with a vulgar 'f--- you'.

After awhile he shared the image on twitter himself. “Here's the picture that's warming the hearts of trump supporters nationwide , hilarious ! No need to call the FBI.”

According to Breitbart, Lopez has a history of protesting Donald Trump.

At a show in Phoenix last July, Lopez led a chant of “Donald Trump … F--- that puto!”

He added that “This country is better with Latinos in it.”

Conveniently, he avoided any mention of how Trump opposes illegal immigrats from Mexico and not legitimate Latino immigrants.

In other words, they’re giving him the freedom to say what needs to be said without worrying about his own hide!! Good news!!

Bill McDonnell commented 2016-03-02 20:16:30 -0500
Hillary and the KKK. I sent this to Trump just in case his people haven’t seen it yet. This should be worth a lot of political hay. Republicans have turned out about 2 million more voters than the dumbocats.

Who is that? He had a late night show that came on after “Conan”, but Conan’s show goes on the air at midnight, and Lopez’s went on the air at 1:00 AM, when nobody was watching.

Lopez is an idiot – Sanders was a toy for a fake challenge to Hilary – Hilary was appointed to Dem leader – it was her turn you see.

Trump is going to pound Hilary into dust – he has so much dirt on the pig.