Where to begin. There is no way I can stop at five items. But let's start with five.

1. Saudi Arabia makes serious threats against the US if it releases details about the 911 attacks which implicate the Kingdom of Saudi Arabia.

The story broke at the New York Times:

WASHINGTON — Saudi Arabia has told the Obama administration and members of Congress that it will sell off hundreds of billions of dollars’ worth of American assets held by the kingdom if Congress passes a bill that would allow the Saudi government to be held responsible in American courts for any role in the Sept. 11, 2001, attacks.

The Obama administration has lobbied Congress to block the bill’s passage, according to administration officials and congressional aides from both parties, and the Saudi threats have been the subject of intense discussions in recent weeks between lawmakers and officials from the State Department and the Pentagon. The officials have warned senators of diplomatic and economic fallout from the legislation.

Adel al-Jubeir, the Saudi foreign minister, delivered the kingdom’s message personally last month during a trip to Washington, telling lawmakers that Saudi Arabia would be forced to sell up to $750 billion in treasury securities and other assets in the United States before they could be in danger of being frozen by American courts.

The Saudi Arabian government has threatened to sell of hundreds of billions of dollars' worth of American assets should the U.S. Congress pass a bill that could hold the kingdom responsible for any role in the Sept. 11, 2001 attacks, the New York Times reported on Friday.

The newspaper reported that Saudi foreign minister Adel al-Jubeir told U.S. lawmakers last month that "Saudi Arabia would be forced to sell up to $750 billion in Treasury securities and other assets in the United States before they could be in danger of being frozen by American courts."

The bill, which passed the Senate Judiciary Committee earlier this year, would take away immunity from foreign governments in cases "arising from a terrorist attack that kills an American on American soil."

One might almost read that Saudi objections to this bill might be tantamount to an admission of guilt.

Then we have videos:

This may be a thing of some real geopolitical signifiance. Will the US with Obama at the helm, cave and deny the American people  important facts on who was at least partly behind the Islamic terror attacks of 911 that killed over 3000 US citizens? Or will they continue to be a beacon of freedom. We should know soon, as this seems to be connected to releasing 28 pages of documents on Saudi involvement in the 911 attacks previously withheld from the American people.

Citing several unnamed sources, Der Spiegel said both drivers - one in Brussels, one in Strasbourg - had been dismissed and Belgian police were investigating.

Curious that no names are given. I guess thats because this has nothing to do with Islam so identifying people with jihadi materials sympathetic to the Islamic State who are probably named Mohamed is likely unnecessary in case it gives people the wrong idea that somehow this was connected to Islam.

Thats new. We knew they sang after the attacks but dancing is a new one. Next thing you know we will find out they passed out 'sweets'.

"A significant section of the Muslim community danced when attacks took place," Jambon said in an interview with the Flemish-language De Standaard newspaper.

The Belgian minister also accused Muslim residents of Brussels' largely immigrant Molenbeek neighbourhood of attacking police during an operation last month to arrest a suspect in connection with the deadly attacks in Paris last November.

4. Moving to Ottawa and integration for a moment:

A former boyfriend of the victim in the Bells Corners Easter Sunday shootout that killed Christina Voelzing was arrested without incident on Friday in the Greater Toronto Area.

Police had issued a Canada-wide arrest warrant for Behnam Yaali, 23. He was wanted on a charge of second-degree murder.

Yaali is to appear in Ottawa court on Saturday.

Its quite a fascinating tale. Worth the click over.

5. UK terror cell linked to Man In White and Brussels and Paris jihadis 'planned to attack the London Eye in new atrocity' police fear as five people are arrested across England

The ISIS terror cell behind the atrocities in Paris and Brussels planned to target the London Eye, it has been claimed.

The UK had been the second country that the terrorists wanted to attack, a source said.

It comes as four men and a woman from Birmingham were arrested on Thursday and Friday in a swoop on the suspected British branch of the network behind the attacks in France and Belgium. 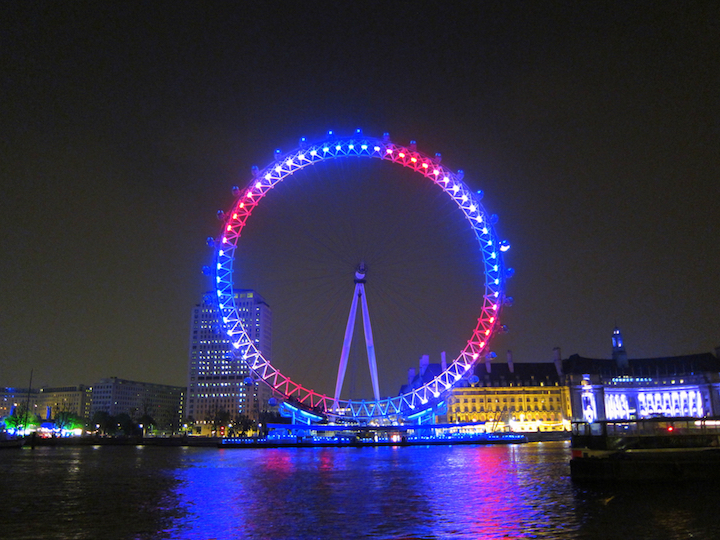 Maybe the British should not make it look so much like a Bulls eye. That, or not encourage so many Muslims to not integrate.

It seems that former secretary of State Clinton not only was aware that the attack on the Benghazi compound had nothing to do with any Youtube videos but was calling foreign dignitaries to make sure they knew it as well.

Lets all hope the families of the victims of the attack sue the secretary of state for enough to discourage that kind of sociopathic lying in future.

The news about the effects of massive amounts of people holding Islamic values within the Western world now comes at a furious rate. So these are by no means the most horrific items.

But we try and find the ones that either indicate important shifts in policy or culture, such as diminishing freedom of speech or increased sharia like norms enforced by thugs and ignored by our own authorities, or ones that let you know how things are changing on Main St. Canada and USA by the process of Islamic hijra.

Justin you useless piece of rat sht, Time to re think Pipe Lines.
Bill Elder commented 2016-04-17 11:46:35 -0400
Thanks for these small rays of hope Victor, it recharges my battery to see the counter-Jihad taking effect. Winning small battles in a generational war with an evil ideology

As for the Saudis – when Bush went into Iraq, I said he was invading the wrong country if he claimed he was doing it for retaliation to 9/11. We should have nuked these Wahhabi troglodytes and their slimy black tar back to the stone age decades ago – and we sure as hell should not be enriching these thugs by trading with them – every penny we send them is spent on the Whabbist Jihad against the west. Frick they bought the UN and have a big down payment on the US – it’s take out the global trash time – and no, I’m NOT talking Russia or China
Robert Raymond commented 2016-04-17 08:53:57 -0400
To: Jay Kelly
Is your other nom de plume Sean Penson?

You think the loss of a life with so much promise by the hand of a criminal terrorist drug dealer is a load of garbage?
You sir have no compassion.

Why would you think the Saudis’s have no blood on their hands?
You live in an alternate universe (or at least your brain does).

Attacks on innocent civilians leads firinge lunatics (Islamists) to dance in the streets.
In western civilizations, we do that when our sports teams win, not when people die.
Perhaps we can all dance in the street when you or the ones you love meet your makers.

Destroying the London eye would be a good thing in your warped mind.
Seems like you are rooting for the overthrow of western civilizations by the blood thirsty ideology of Islam.

Go back to your Islamic handlers and report that you have been “made”. We all know you real name Jahbul K. El-liacum.
lawrence o'byrne commented 2016-04-17 01:56:46 -0400
and you kelly are at the top of the class for being indoctrine into the trudope muslim invasion . i don’t want any of them here ,you are either a muslim or totally brain washed lefty trudope supporter ,most of your comments reflect total brain dead capacity
Jay Kelly commented 2016-04-17 00:43:31 -0400
Certainly a load of garbage. Each of these stories is too pathetic to react to. Victor Laszlo cannot write and is carried on The Rebel because of his blind obedience to their doctrine.