I broke one of my rules yesterday morning. I not only set foot on the wrong side of the camera - the side the lens is on - the camera in question also happened to be a video camera. More specifically, a webcam and this was for a Skype interview. With Ezra Levant, formerly of SUN News television fame and now the co-founder of the exponentially growing news site, TheRebel.media.

A photographer friend, Rick McGinnis, had convinced me to become a guest blogger for The Megaphone. It’s not a paying gig, but anything that gets my name out there and earns me an extra print sale? Hey, why not? The biggest challenge with it is that the average Megaphone contributor is quite a bit to the right of me politically, leaving me unsure what to say to that audience. It’s not that I’m particularly to the left myself, rather, the average Canadian seems to be to my left instead. My take on government can best be summed up as, “keep your nose out of my business and your hand out of my pocket.”

The one area I figured I could speak to as both a political moderate and someone who likes the conveniences of civilization (indoor plumbing, heating, plastics, etc.), was the ongoing mistreatment of the energy industry in both mainstream media and social media. Do energy companies occasionally screw up? Sure. And we hear about it every time they do, which is as it should be.

Unfortunately, we’re not allowed to hear about the positive things they bring to our lives. A company named Enbridge tried to start that conversation through the rather innocuous Tim’s TV channel in Canada’s most mediocre restaurant chain and was promptly shouted down on social media. To the extent that Tim Horton’s pulled the ads and pissed off a lot of regular Canadians, including yours truly.

As a photographer, I’ve always been annoyed by the dishonesty of many other photographers who make the energy industry the villainous subject of their photo essay projects. Yes, energy projects look horrible during their active phase. Land torn up. Trees knocked down. Ugly.

It’s just that you never get to find out how the story ended. Energy companies are required by law do reclamation on the affected areas. I’ve seen firsthand the outstanding quality of the work they (usually) do. I’ve yet to see a photo essay showing that side of things, which is something I would actually like to do myself. I’ve been trying for years.

I told the story of a positive example of power generation in my area by an energy company for my first Megaphone piece. I followed up with an item about how I would like to do my part in bringing more of these stories forward (both linked below): 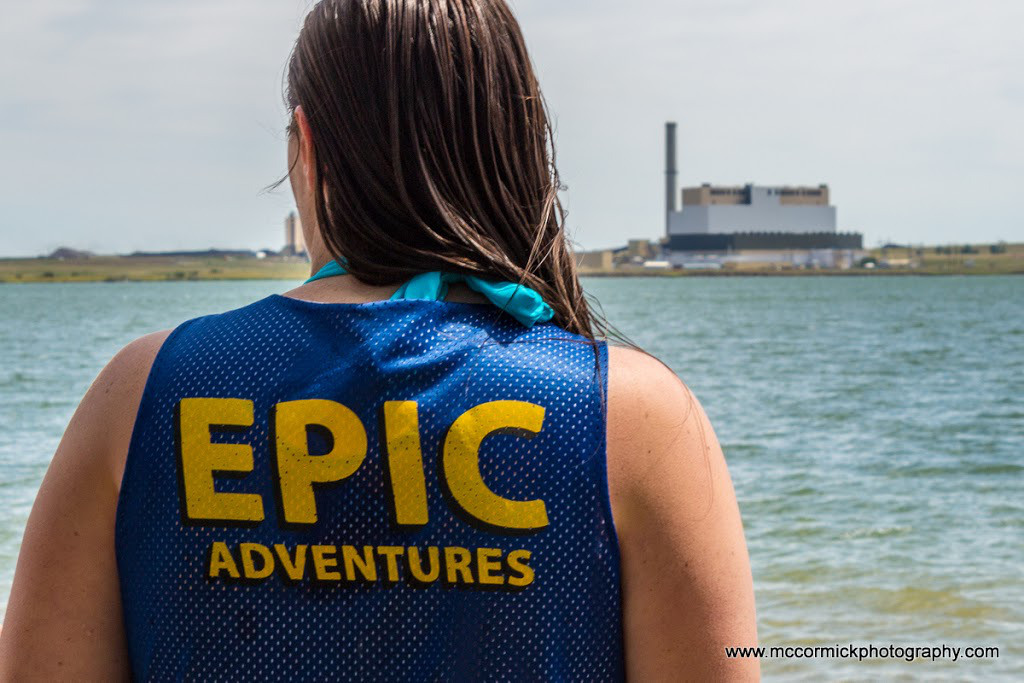 Yet another image featuring people having fun next to our local coal generating plant and NOT dying of pollution like we are all supposed to according to environut agitprop.

This caught the interest of Ezra Levant, co-founder (and I guess co-owner) of The Rebel, so I found myself being interviewed by him through Skype yesterday morning. I was nervous as hell and I’m tempted to claim that webcams add fifty pounds, but honesty compels me to admit that’s more likely due to my home ice cream making hobby. Nonetheless, the interview was well-received despite my nervous demeanor and multitude of chins on display. It is now posted to Youtube:

In the last 24 hours my oft ignored social media accounts essentially exploded with mostly positive attention, although I have been called a right-wing propagandist and shill for energy companies much to my amusement. Full disclosure on that last bit: ATCO Energy really liked the images that accompanied my Prairie Oasis piece last month and they now have an outstanding invoice for $420.00 for image licensing.

This hardly puts a dent in paying off the $20K+ worth of camera bodies and lenses I used to capture those pictures, but I may yet attract Warren Buffet’s attention. Income is scarce when you’re a photographer and I can’t afford to be choosy.

Anyhow, for every lefty who thinks I’m in the pocket of Big Oil I’m sure there is a reader of The Megaphone who would be absolutely appalled at the depth of support I have for public education and public school teachers. Like I said, I’m in the middle. I’m fairly certain there are quite a few of us, but we’ve had to learn to be quiet otherwise we get shouted down by both sides. I’ve been trying to see the humour in that part of things.

What’s notable to me after a month of pursuing this idea on The Megaphone, and a day after the frantic social media activity that accompanies a public conversation with Ezra Levant, I’ve yet to hear a peep from any energy company looking for some positive coverage. They just want to be invisible.

That’s a shame, because the majority of the massive amount feedback I’ve received over the past month is from people who are proud of their local energy companies. Proud of the modern conveniences they provide, proud of the jobs they create, and proud of the good works being done through corporate responsibility programs in their communities. They want to hear that side of the story. And so do I. I intend to keep pushing.

Thank you so much to Ezra Levant for providing the oversized soapbox from which I can do so.

Tit for tat on that SJWs

Daylin Kay commented 2016-02-03 16:07:12 -0500
This is a great article. I have considered doing the blogging for “The Megaphone” as well on here, as it seems like a good way to get an article across. I come to the same problem as you though. When compared to the vast majority of people in Canada I would be seen as conservative, but when compared to the average poster I have seen on here, I would be a tree hugging, LGBT supporting, Muslim fearing, liberal.

My worry is that a lot of the people who follow the rebel hold their bibles just a bit to close for my liking. Not to say they cannot enjoy their religion, but it should not be taken seriously in any political sense. The simple fact that I said that last sentence will probably stir at least one ignorant comment about the country being formed on Judeo christian values.

I always drive past replanted forests from everything from mining activities to oil and gas and admire the beauty of the regrowth. As you have said no story will ever be made about that because it does not fit the liberal narrative of ENERGY DESTROYS THE WORLD.

Let your personal opinions be known – and be ready for those who will disagree and do it in their most insulting manner – most of your responses on this site will likely come from people who live a very different life from you.

You will soon find out there are many in this country that have little knowledge of what happens outside of Canada – or inside Canada for that matter – other than what they read, see or hear in the media. And they are happy to follow the status quo – often afraid to break from the usual political correctness – except to insult you for being truthful.

Most people’s world extends from their drive way to their office and return – and not much more.

The opposite of that will be those few – very few – who have lived and worked in all parts of Canada and many parts of the world that are in the news on a daily basis. Often they will be marginalized by the masses for their different outlook. Their perspective might surprise you as it will often be vastly different from those who have never experienced much more than perhaps a difficult blizzard of snow once in a while.

So as a friend used to say – Get in, hang on and enjoy the ride – even if the bullets are flying. (and yes, I have been there!)