Canadians are worried about Syrian migrants for security reasons -- the risk of terrorists embedding themselves amongst refugees.

Look at Paris, and the Boston Marathon Bombers.

And Justin Trudeau’s rushed Muslim migration means that normal background checks are being skipped over.

But outright terrorism isn't the only concern.

I looked at the Statistics Canada list of all the countries from which Canada has accepted immigrants in the ten years, from 2005 to 2014.

How many migrants have been from Muslim-majority countries? 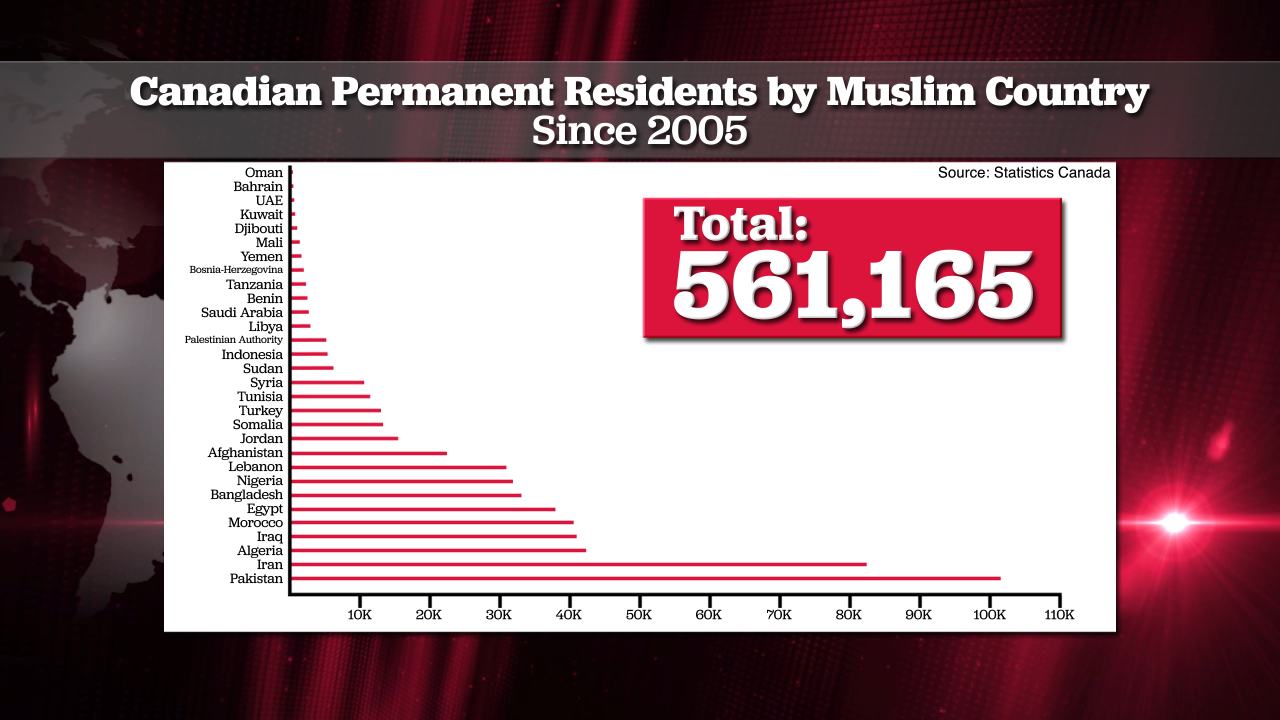 In other words, in that ten year period, Canada deliberately doubled our Muslim population.

This wasn’t natural birthrates. This was a deliberate act of social engineering by the Liberal government of 2005, but for the years following that, by the Conservative government, to change Canada's demographics.

Obviously, some of the people who immigrate from these hell-holes are great people. I know some of them personally: Tarek Fatah. Raheel Raza. The best people, the building blocks of Canada, trustworthy, safe, charitable, public-spirited.

But plenty of them are illiberal, like Mohammed Shafia who murdered his three daughters, and one of his polygamous wives, two years after arriving here.

Muhammad Parvez immigrated to Canada from Pakistan too — he murdered his daughter, Aqsa Parvez.

They and many others have brought in illiberal, un-Canadian ideas about Muslim supremacy; about the inferiority of women; about treating Jews and Christians as lower than Muslims.

Yeah, no thanks. We’ve done our part, for ten years straight.

I think it’s time to press pause, don’t you?

If you agree, please SIGN OUR PETITION at RefugeePause.ca.