Today's top five horrors of Islam and their enablers, the cultural-Marxists.

1. Al Jazeera does hit piece on Americans practicing the 2nd Amendment exactly as it was written:

Funny how they can send one modestly attractive Muslim girl and a cameraman to cover this knowing full well they'll be safe and not end up like Daniel Pearl or John Cantlie.

In an effort to stamp out racism experienced by Muslims, the Liberal Party of Canada is considering adopting a policy to aggressively eliminate Islamophobia.

Omar Raza, director of the Windsor West Federal Liberal Association, is making the pitch during the Liberal convention in Winnipeg. He wants the party to strike a task force to tackle the issue.

"This just reaffirms what the Liberal Party stands for and reaffirms that national and international leadership," he told CBC News from Winnipeg before the vote. "We're here, not only to support our neighbours, but we're here to support each other and this policy helps do that."

As Islam is not a race but an ideology, this policy makes as much sense as laws to stamp out anything Republican or Conservative as "racist" (which is also taking place under the guise of cultural Marxism.)

For a full history of the moves by certain powerful Islamic organizations to make the term Islamophobia equivalent to racism and push for its punishment under the law, please see these Stephen Coughlin Briefs on UN resolution 16/18 and the CVE.

3. It turns out there really is such a thing as a Muslim martyr

Typically, Muslims use the word "martyr" to mean someone who enjoys eternity after death in brothel in the sky, as a reward for killing people who are obstacles to implementing the sharia.

However, here's a young man named Mohamed who is a true martyr in the proper sense of the word. I hope by this post I help to make his last words true. They deserve to be.

From the Daily Mail:

Libyan teenager, 19, shot in the head by ISIS for SWEARING after he refused to say sorry -- telling his killers ‘Do what you like, I am not apologising’

Amjad Mohammed Ben Sasi had allegedly blasphemed during a dispute with a neighbour in the coastal city of Sirte.

He was consequently hauled before an Islamic State Sharia court three times and on each occasion the youth stood his ground.

Amjad Ben Sasi remained resolute to the end, and when he was asked if he had any final words he turned to the man who was about to kill him and said 'My name will live longer than yours', the uncle recalled.

'The executioner replied, "We shall see", and shot him twice in the back of the head.'

Defiance. Something that has gone missing in the West.

Here is a video from a year ago to the week of the Islamic State's conquest of the city of Sirte, where this man stood up to the IS:

4. Best to watch this recent Islamic State it as soon as you can, as Youtube takes them down usually very quickly.

It refers to the trick used in non-Muslim countries with large Islamic populations. A new form of Islam is invented and sold to Muslims -- a peaceful one that is non-seditious and allows co-existence. That would be fine if it worked. But for a good example of the long term results of this strategy, check out the cities of former Soviet break-away state, Dagestan.

Islam is what it is. Pretending that it is something good and valuable to civilization does more harm to us than them and never works. If Youtube pulls the video, it is available here. 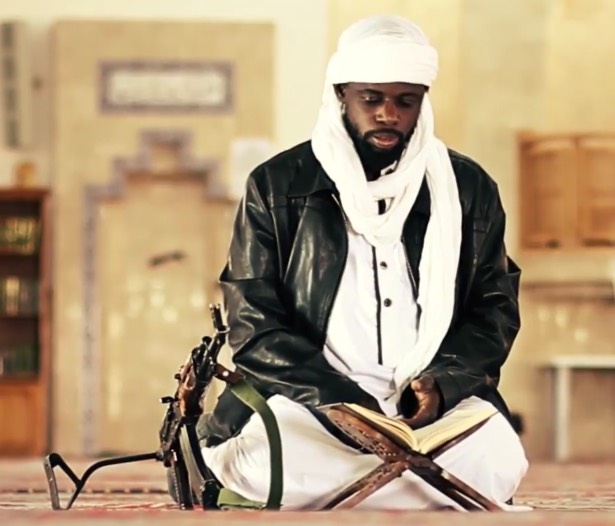 Funny you hardly ever see a priest or a nun with an AK at prayer.

5. Last week at a press conference, a high ranking Russian general gave evidence that Turkey is supplying Islamic State fighters and their allies with fighters and weapons in large quantities.

Also from the Turkish zeitgeist: Today, Recep Erdogan, leader of Turkey, hosted the ceremony commemorating the siege and conquest of Constantinople by Muslim armies in 1453.

For an excellent description of that battle and its consequences, please read this essay by historian and essayist, Fjordman.

I would add bonus links but frankly I feel its unfair to add any more reality to this post without including a coupon for Prozac or Lithium. More tomorrow.

You must be logged in to comment. Click here to log in.
Robert Raymond commented 2016-05-30 17:03:45 -0400
Our politicians would not need to spend any of their time or our money on this BS if they did not continue importing the BAGHAG and goat herders into this country.

DJBT and STPC!
Daryl Herman commented 2016-05-30 09:29:32 -0400
If the TruDope Libtards want to crack down on Islamophobia – they need to start doing surveillance of what the Imams are saying in the mosques!!
I suppose the next thing Libtards are going to do is make “fear” itself a crime.
To all Muslim Islamists – Fit in or Phuck OFF! Your dream of world dominance is just that! Show some respect for the women you have on this earth and get rid of your fantasy of 72 virgins – oh by the way that was a typo in your koran – it was a “72 YO virgin – not 72 virgins”! What a bunch of sex perverts!!
Rick Plesnik commented 2016-05-30 08:59:49 -0400
“…In an effort to stamp out racism experienced by Muslims, the Liberal Party of Canada is considering adopting a policy to aggressively eliminate Islamophobia. …”

“…In an effort to stamp out racism experienced by Muslims, the Liberal Party of Canada is considering adopting a policy to aggressively eliminate Islamophobia. …”