Beheading, property scams, rape and violence. It would seem from this collection of links and stories that Europe may actually be getting just a trifle fed up with the invasion.

2. Paris cop beaten badly and prosecuted for criticizing Al Baghdadi, the leader of the Islamic State:

It is difficult to see this as anything other than the implementation of sharia in a nation that until recently, was officially and constitutionally secular.

3. 11,000 asylum seekers ‘broke the law’ in Austria during the first half of 2016, report reveals , as it emerges up to 90% of migrants have vanished from Swiss refugee centres

The figures come as separate statistics from Switzerland have revealed that up to 90 per cent of migrants entering the country disappear after arriving at asylum centres.

Migrants on the Austria/Germany border waiting for transport. A total of 11,158 asylum seekers in Austria have been suspected of committing criminal offences in the first half of 2016

Other violations migrants have been charged with are making dangerous threats, participating in a brawl and sexual harassment.

Only 13 migrants were held on suspicion of being members of terrorists cells while only two were charged with inciting terrorism.

Among the countries the migrants are coming from are Afghanistan, Algeria, Nigeria, Morocco, Syria and Iraq.

4. Muslim in France beheads his mother and guts her with a knife

(The whole translation can be seen HERE.)

It was the neighbors from the building of the town center of Courbevoie (Hauts-de-Seine), where the mother of the alleged assassin resided, who alerted the police between 9:30 pm and 10 pm. On arrival the staff of the DSPAP (the Directorate of Public Security of the Paris region), police in the Paris area, an individual 25 years of Senegalese origin, was holding the head of his mother, 54, in his hands. According to the first elements of the investigation, he decapitated and eviscerated her with a ceramic knife.

5. An entire squadron of cloth-covered Houthi fighters on parade in Yemen today.

It is always good to point out the motto of the Houthi, which they show at every gathering including this one, which can be seen on a sign held by a black cloth wearing person in the back row. 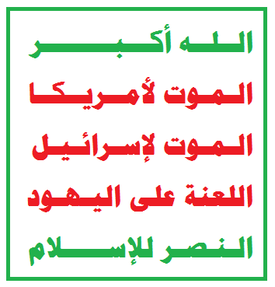 "Allah is Great, Death to America, Death to Israel, Curse on the Jews, Victory to Islam".

Must I go on? You are so right, other then daily terror attempts like the Notre Dame Cathedral today there is lots going on in Europe.
James Scott commented 2016-09-07 10:03:48 -0400
So Jay, I guess we could always read this article on CBC.

What these articles point to is there is indeed a hell of a lot of stuff going on in Europe that we dont agree with and indeed Canadians certainly see the number of instances growing rather than shrinking. And we are an open and honest government (unlike my predecessor.) And as a government that is what we should be concerned with and that is exactly what Canadians want and that is exactly what we are going to do about it. We are going to inform fellow Canadians of the disgusting cowardly acts of murderers in the name of a religion and law.
Anonymous commented 2016-09-07 05:30:29 -0400
DREW WAKARIUK commented 4 hours ago
Islamists were the first people to use goat intestines as condoms, then later Europeans did the same, except they removed the intestines form the goat first.

The only way Jay can make any progress whatsoever is to die.
At least then, he could not spout any more of his stupidity.

Victor Laszlo tries to write a bit a fetching news. instead, his is utter drivel, of five obscure news items from Europe.

There is a hell of a lot more happening in Europe these days.
Drew Wakariuk commented 2016-09-07 01:17:10 -0400
Islamists were the first people to use goat intestines as condoms, then later Europeans did the same, except they removed the intestines form the goat first.
Maurice Potvin commented 2016-09-07 00:20:05 -0400
Since 9/11 – IN THE NAME OF ISLAM: 31,690 Attacks, 201,629 Killed, 282,711 Injured…. that we know of.
Drew Wakariuk commented 2016-09-07 00:02:18 -0400
We need more of this in Canada, hurry up Justin, bring in tens of thousands more.
A cop with some integrity and look what happens to him.
There has always been stupid people around and everyone is dumb in some way, but the insanity of promoting and bringing about your own cultural and physical suicide by the progressive sheep is beyond any measure of stupidity.