The newest Media Party darling is Ashley Callingbull who just won the title of Mrs Universe.

Generally the Left doesn’t have much time for beauty pageant winners but Callingbull hates PM Stephen Harper so she automatically gets superstar status:

Days after being crowned Mrs. Universe, Canada’s Ashley Callingbull has called upon First Nations people to vote out Stephen Harper.

“I urge all First Nations people in Canada to vote in this upcoming election,” Callingbull, 25, tweeted on Monday. “We are in desperate need of a new PM. Fight for your rights.”

Callingbull, who is Cree, grew up in poverty on the two reserves of Maskwacis and Enoch in Alberta and is a survivor of sexual and physical abuse.

She was crowned Mrs. Universe 2015 in Minsk, Belarus, on Saturday.

She is the first Canadian and First Nations woman to win the title for married women.

And yesterday, CBC’s Rosie Barton had her on as a guest during Power and Politics: 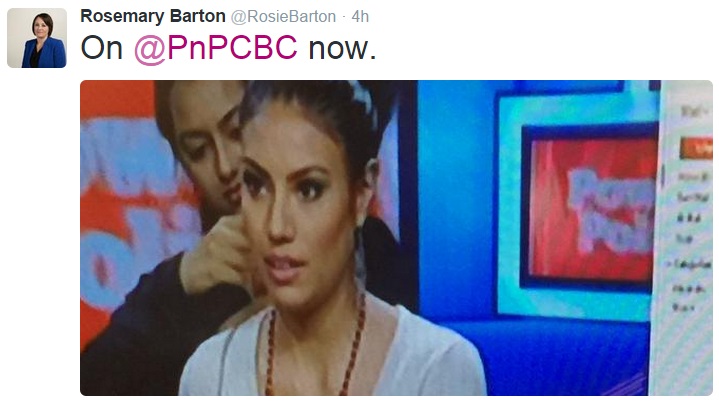 I have no idea what Callingbull’s political expertise is besides hating Harper to garner a guest spot on a CBC political show but there are much more serious questions that Barton and CBC management need to explain:

First, did they know Callingbull (who says she was sexually abused) partied with rapist Mike Tyson? 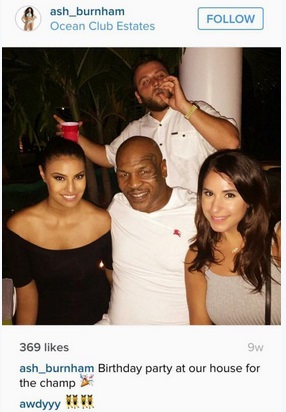 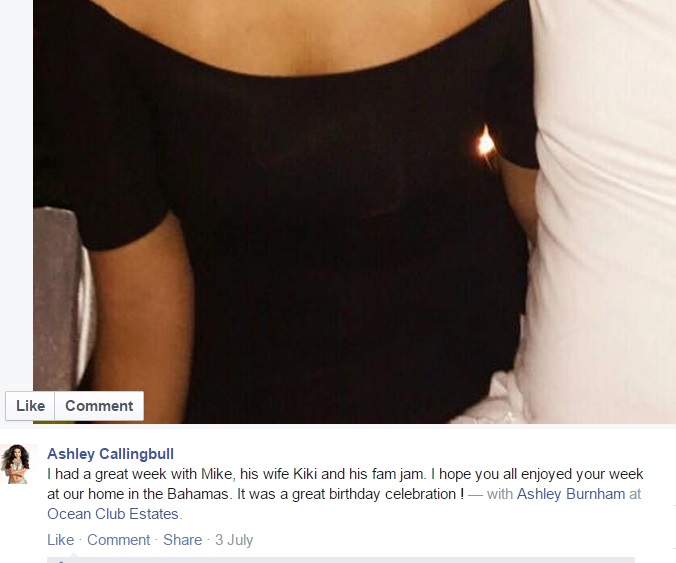 You would think after Jian Ghomeshi, the CBC would be careful with having guests on who are friends with convicted rapists.

And secondly, did they know Callingbull compared Harper to Hitler? 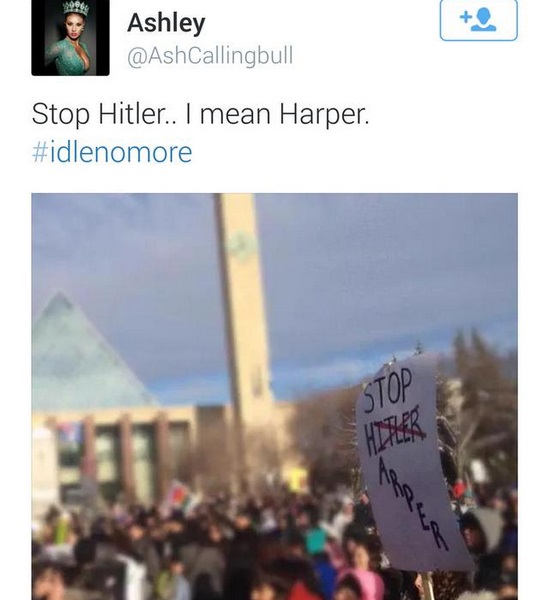 I’ve repeatedly asked Barton these questions but she has not responded so far.

I will update if she does and if she doesn’t, I will be filing a complaint with the CBC Ombudsman in order to get answers.

You must be logged in to comment. Click here to log in.
Guy Fraser commented 2015-09-20 14:31:28 -0400
It would be more effective to report her comments to the Mrs Universe organization. It would be awesome to see her Deposed Internationally for Harper Derangement Syndrome and being an Anti-Semitic hate monger.
Rick Plesnik commented 2015-09-07 18:07:12 -0400
Go for it Dean! Jimmy said: “I will be holding my breath for a response from the CBC Ombudsman – who just humor you with their responses. Nothing actually happens.” Well, I won’t be holding my breath, but would be interested in the response such as it may be. Jimmy is probably quite correct in what he has stated.
Vlad Johnson commented 2015-09-07 18:00:25 -0400
If Ashley Callingbull read a history book she would know that hitler was leader of the nazi party or national socialist party.

How stupid fks like Ashley Callingbull connect national socialists with Conservatives is beyond comprehension.

But Ashley Callingbull saying stupid crap and hate spew comes with the terrority – mrs universe calling people hitler – that’s beautiful – good for branding “good looking stupid broads” – change your title to mrs skanko universe there callingbull.
John Matthews commented 2015-09-05 14:26:43 -0400
Well, I’ll call bull on that one.
Arlene Ainsley commented 2015-09-04 17:20:34 -0400
Am I the only one who finds it odd that there is never any mention who Mr. Burnham is? My first thought was he might be one of the Chiefs who are stealing from their band. I then saw a post from someone who said the husband’s family was involved in tobacco. Whatever it is he must have money if they have a home in the Bahamas, but so far I have not even found his first name.
Jay Kelly commented 2015-09-04 14:36:24 -0400
Liza, it’s “Mrs Universe” (it is a competition for married women) and she was not an official representative of Canada any more than winning the title makes her the official spokesperson for the Universe. She can be held to the same standard as you if you compare Harper to Hitler.
Hank Steen commented 2015-09-04 12:44:21 -0400
To the politically correct,left everything trumps their hatred of those who don’t think the same as themselves.
Liza Faucher commented 2015-09-04 10:09:57 -0400
It bothers me that someone chosen as a representative of Canada in a global arena ( Miss Universe), is calling the PM, Hitler. I don’t care if she was smart enough to come up with it herself, or she heard someone say it and thought it clever so repeated it. As Miss Universe, she should keep her domestic politics to herself.
Terry Rudden commented 2015-09-04 09:13:36 -0400
“I’ve repeatedly asked Barton these questions but she has not responded so far.”
Good lord, you’re a self important little prat. But let me help you.
Did CBC know that a woman who they interviewed once spent time in the company of Mike Tyson and his wife and family? Uh, probably not. given that it’s completely irrelevant.
Did they know that someone who opposes Harper once retweeted an anti Harper slogan? Uh, probably not. And that matters because…?
Jimmy Da Silva commented 2015-09-04 08:01:14 -0400
Liza,

Don’t be too overdramatic there. Venomous. Sick.

Does it bother you when a woman thinks for herself?
Jay Kelly commented 2015-09-04 01:13:46 -0400
What were the dates of those tweets? Was the second one during the Idle No More movement? Most Canadians have compared Harper to Hitler—at least in their minds—sometime in the last eight years.
Liza Faucher commented 2015-09-04 00:38:31 -0400
Ashley Callingbull representing Canada to the world, as Miss Universe. A disgrace, to dis Canada, the country she is supposed to be representing, by bringing her venomous politics into it. Sick.
Jimmy Da Silva commented 2015-09-03 18:27:47 -0400
I think Mike Tyson has paid his debt to society. You make it sound like he was convicted last week. He has clearly moved on with life – hell, he had a very successful Broadway one man show among other things.

I will be holding my breath for a response from the CBC Ombudsman – who just humor you with their responses. Nothing actually happens.
Donald Craig commented 2015-09-03 16:07:56 -0400
btw dean filing a complaint with ester enkin doesnt bring answers. just sanctimonious platitudes.. in my experience, ester enkin as ombudsman, is being paid for nothing.
Donald Craig commented 2015-09-03 16:04:27 -0400
more importantly..did barton know that while she was “critiquing” the debate.. continually looping behind her every comment about harper was an anti semitic subliminal message …of course the cbc elitist management have declared that this loop of harper talking with men wearing yarmulkes….was chosen at random.