The Mosaic Institute, lead by failed Liberal candidate Bernie Farber, has taken out a half page ad in today’s Toronto Star telling Canada to open the floodgates to "Syrian" "refugees." 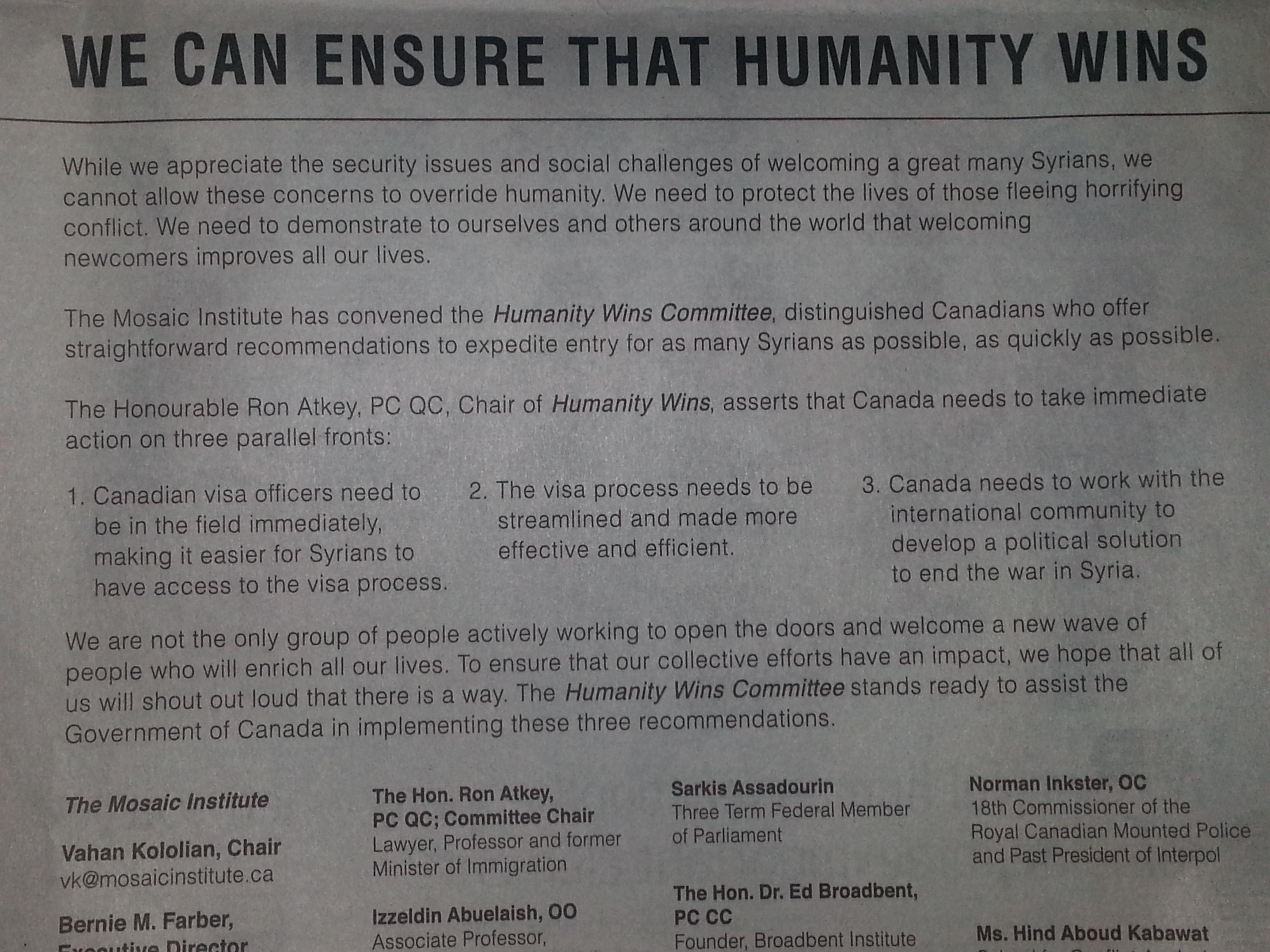 But so-called "Syrian refugees" -- for which you can read "Muslims."

While Muslims are the ones who routinely and with great zeal kill and enslave Christians, Yazidis and, yes, other Muslims throughout the Middle East.

While the Mosaic Institute claims it recognizes the security risk involved, they demand that we overlook this tiny matter for the sake of their peacock-like display of moral preening.

(Note the sentence, "We need to demonstrate to ourselves and others around the world...")

Besides, the Mosaic Institute assures us these “refugees” will enrich our lives.

Just not in their neighborhoods.

Believe that Muslim face coverings have no place in Canada?
The Rebel Store has the t-shirt for you:
Our NEW "Separation of Mosque and State" design!

READ The Enemy Within: Terror, Lies, and the Whitewashing of Omar Khadr, Ezra Levant’s new book about domestic terrorism and radicalization.

The media won’t tell you all the facts about the migrant crisis.
FIND OUT TheTruthAboutRefugees.com -- only from The Rebel.

You must be logged in to comment. Click here to log in.
Jason Bertucci commented 2015-09-30 16:54:29 -0400
The guy is a joke, another self hating liberal. Enrich our lives? Well they will certainly make our lives interesting with honour killing, ect…
Earl Richards commented 2015-09-29 14:28:13 -0400
These Syrian refugees should be kicked-out of Europe, because they do not know how to clean-up their own garbage.
Neil Flagg commented 2015-09-29 11:35:26 -0400
Heh, Bernie Farber blocked me on Facebook the other day when I innocently asked him, how many Syrians are you sponsoring and taking in to your home?