Reading this story on third-party groups running political attack ads, the name of the spokesperson for Engage Canada caught my eye:

Engage Canada, another group launched earlier this month by former NDP and Liberal strategists, claims to be non-partisan. On Friday, it launched a new television ad targeting the Conservative approach to health care.

The group did not respond to a request for an interview on Friday but it issued a statement instead.

“Engage Canada is operating with the current legislative framework,” spokesperson Jessica Hume said in an email.

You see, there was a Jessica Hume who worked for Sun Media and the thought came to mind how repulsive it would be for a journalist to become part of such an underhanded political group whose funding sources are unknown.

And yup, you guessed it – someone tipped me off that it was the same Jessica Hume:

So not only is the Canadian media funding these ads through their union dues at Unifor, they have one of their own helping run them. 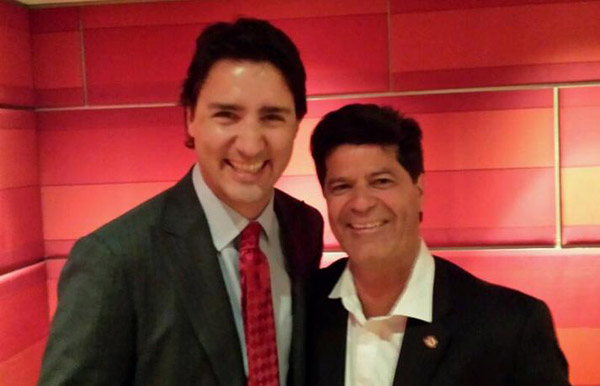 “Right to Work” cuts deep into union revenues. Tick tock jerri dias – you MOFO!!!
Mike Semoff commented 2015-06-30 13:50:18 -0400
We are inundated daily with the criminal and immoral actions of the Left. The wrong people are incarcerated in this society. The elite are the true enemy of us all.