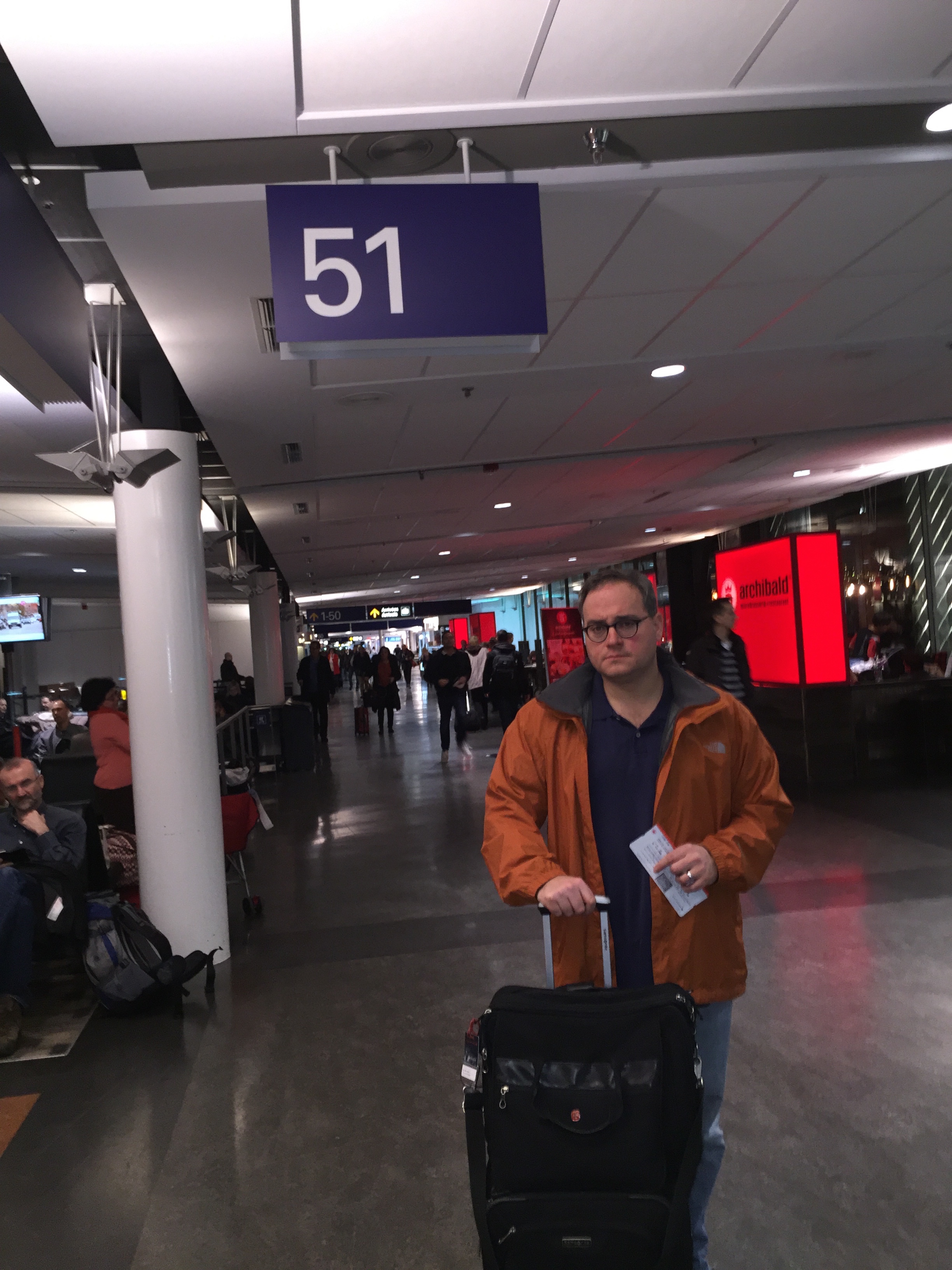 I’m writing this note from Gate A51 of the Montreal airport. I’m about to get on a flight to Paris, France.

That might strike you as a rash thing to do, the day after Muslim terrorists launched five attacks around that city, murdering at least 129 people and injuring 352.

I won’t lie — it wasn’t an easy decision, especially when my young kids asked me if I’ll be safe “from villains”.

But the truth is, we’re not safe now, even in Canada. We’ve had terrorist attacks in our country too — just last year, a Muslim terrorist murdered Corporal Nathan Cirillo at the National War Memorial, and stormed his way into Parliament, in a hail of bullets. It seems like every month police stop another terrorist attack just in the nick of time, whether it’s the plot to blow up VIA Rail, or the CN Tower, or the legislature in Victoria, B.C. And we know that dozens of Canadian Muslims have gone to Syria and Iraq to join the Islamic State’s terrorist army over there.

I’m afraid the main difference between us and France is that we’ve just had better luck. So far, at least.

Both Canada and France are on the enemies list of the Islamic State. Because all infidels are. Especially those that believe in freedom, and the separation of mosque and state, and the equality of men and women — Canadian values.

That’s what "Islamic State" means: they believe the entire world should live under sharia law, where the Koran is the constitution and democracy is abolished. They’re as brutal as the Nazis were, and their plans are no less ambitious.

And that’s why I’m going to Paris. Along with a videographer from The Rebel, I'm going to see what a beautiful city, a pillar of Western Civilization, looks like when it's under siege by radical Islam. And to learn lessons from Paris, before we have to learn them ourselves the hard way in Toronto, Montreal, Calgary, — or your home town.

According to authorities, at least two of the Paris terrorists came to Europe amongst the hordes of unscreened Muslim migrants claiming to be “Syrian refugees”. And yet Justin Trudeau stubbornly insists on bringing in 25,000 Muslims from Syria’s war zone in the next month, promising to fly them to Canada even before they’re screened.

In short, I want to have the kind of honest conversation about radical Islam, migration and terrorism that is virtually banished from the mainstream media.

Seriously, last night, as the terrorists were still rampaging, the Globe and Mail’s John Ibbitson publicly declared that this terrorism “must not change our refugee policy”. Is he mad? And the Globe’s Doug Saunders actually attacked anyone who had said “pray for Paris”, calling it a “cruel slogan”.

His morality is so perverted, that he chose to condemn Christians praying for life, rather than Muslims praying for death.

The CBC is even worse. Did you know they actually have a formal editorial policy not to use the word “terrorist”? The say using that word would mean taking sides.

Do you see why I feel I have to go to Paris? Because I know that I just can't trust a word the mainstream media says about the threat of Muslim terrorism in the west. I have to go to see for myself, to ask questions for myself. And I promise to share what I learn with you, on our independent news network, TheRebel.media.

Like millions of people, I grieve for the victims of the Paris mass murder. But I also know that it’s not enough to grieve, and put a picture of the Eiffel Tower on my Facebook page and say something like "Je Suis Paris". It’s not enough.

We need to know the truth about terrorism and the risks of mass Muslim migration. And we need to understand the inevitable logic that if we don’t change the path we’re on, we’re likely to end up where we’re going.

P.S. I’ll have updates every day. I don’t know exactly what I will see in Paris; but I think it’s fair to say I’ll show you things that you simply won’t find on the other news media. They are too busy excusing terrorism to do their jobs as reporters.

P.P.S. We’ve created a special e-mail list to send you regular updates from Paris. You can sign up here.

You must be logged in to comment. Click here to log in.
Jerry Canadian commented 2020-02-16 17:18:04 -0500
I don’t want to blow a bubble I to your article but il have to because some people might read it and actually get influenced by this peice of mind washing. Muslim immigration won’t stop….. No matter how hard you stomp your feet Ezra. Even if somehow the world stop letting Muslims migrate away from their war torn countries you cannot stop the passage of a message, the word of God will always travel and reach no destinations. Even if we stopped new Muslims from coming into Canada what will stop the converts? Converts like the couple you mentioned who tried to orchestrate an attack on BCs legislature. Why don’t you tell your audience who these converts take orders from? Is it Isis or al qaeda? No it was the RCMP giving these terrorist their objectives and the instructions on how to build pressure cooker bombs to attack innocents. I dont support terrorism in all its forms, first a formost I condemn foreign intervention in the middle east, the Iraq war, I condemn our role and the international communities . if Canada did not send terrorists to the middle east we wouldnt have terrorists like Zehaf-Bibeau, who surprisingly is also a convert and not a Muslim immigrant. Harper’s overseas terrorism directly influenced terrorism on Canadian soil, there is no other way about it, an action and a reaction. To conclude I think we should bring more Muslim immigrants, especially more to Calgary and other places in Canada lacking. I think Ezra your tactics of spreading misinformation about Islam and Muslims internationally and in Canada reflect strongly on your zionists beliefs. I’m always left greatly embarrassed of our societies when people can be zionists believers yet still live in countries other than the one they assigned for themselves. What is your reasoning for not blessing us with your absence and moving to your “historic homeland”? You want to put a cap on Muslim immigrants on my country so people fleeing war like my parents cannot come here. I think we should put a cap on Jewish immigrants so people like your parents cannot come here, we should redirect them to that tiny plot of land they have occupied in the Levant.