Our Calgary reporter, Keean Bexte, was assaulted by a leftist activist while he was covering the United We Roll pro-pipeline convoy in Ottawa.

Keean covered the official speeches by the United We Roll folks. But as we do, we like to cover what the critics say — often just because they are so inarticulate, it’s sort of amazing. So Keean was amongst the antifa just asking them for their views. And he was talking to one guy — the guy with the aviator glasses, when some other leftist thug sneaked up on him and just hit him.

Now, obviously, it didn’t deeply hurt Keean. But it was shocking. And it damaged his phone. And more to the point — it was an assault. 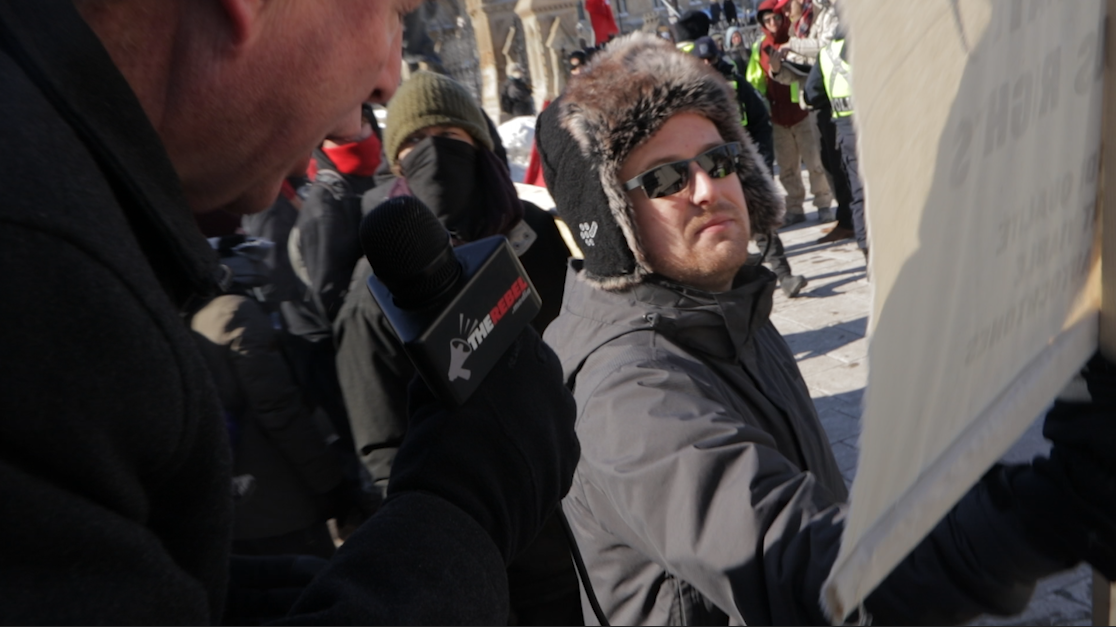 And the cops — just did nothing. In fact, worse than nothing — Keean told me that police, who were literally standing right there, police said to him if he wanted to make a complaint, he should call the police department. They were right there. But they couldn’t care less.

Assault on David Menzies and Efron

A couple of weeks ago, two other Rebel journalists were attacked. Again, they weren’t beaten to a pulp; I don’t think they were hurt; but so what — you can’t punch a journalist.

A manager at the Radisson Toronto East manhandled David Menzies, and our cameraman Efron earlier this month.

You can’t punch people. We were lawfully on that property; that Radisson manager then asked us to leave, and we were about to leave, Menzies even started to say he was leaving, but before that manager even finished his sentence, he just punched David and Efron, and punched our gear.

We filed a lawsuit in the Ontario Superior Court of Justice, against the Radisson Toronto East hotel, and their manager David Strong, on behalf of our employees, David and Efron.

We’re not suing for millions. We know that they weren’t wounded for life. The money isn’t even the point — we’re suing for just $10,000 each, a total of $20,000. We’ll pay far more than that in legal fees. We’re suing to make a point — you can’t hit people. Even if you disagree with them. You can’t do that, whether your a person, or a multi-billion dollar corporation like Radisson.

Not the first time Rebel journalists have been hit

Of course, this isn't the first time a rebel journalist has been assaulted. The worst was when some male feminist named Dion Bews hit our Sheila Gunn Reid — at a women’s march, no less.

The CBC actually took the side of the thug in their news reports, trying to humanize him and paint him as the victim. In the end, Dion Bews was convicted, but because of a court error, he got off with a slap on the wrist.

So we sued Bews in civil court for more than a year, and we finally got justice in the form of a court order. Here's what the judge who upheld our lawsuit against that thug Dion Bews had to say:

You can read the entire decision, here.

So we did that. It cost us more than $30,000 in legal bills. Bews had to pay Sheila just $3,500 and for the rest of his life he’ll be known as the cowardly male feminist who hits women.

If you can help identify the Antifa thug who hit Keean, then please email tips@therebel.media with his identity. We’ll keep you confidential. If you are the first to positively ID him, we’ll pay you $500.

Don’t take the law into your own hands. No vigilantism, please. Just tell us who he is, and we’ll do the rest — we’ll put him to the law, as we did with Dion Bews. 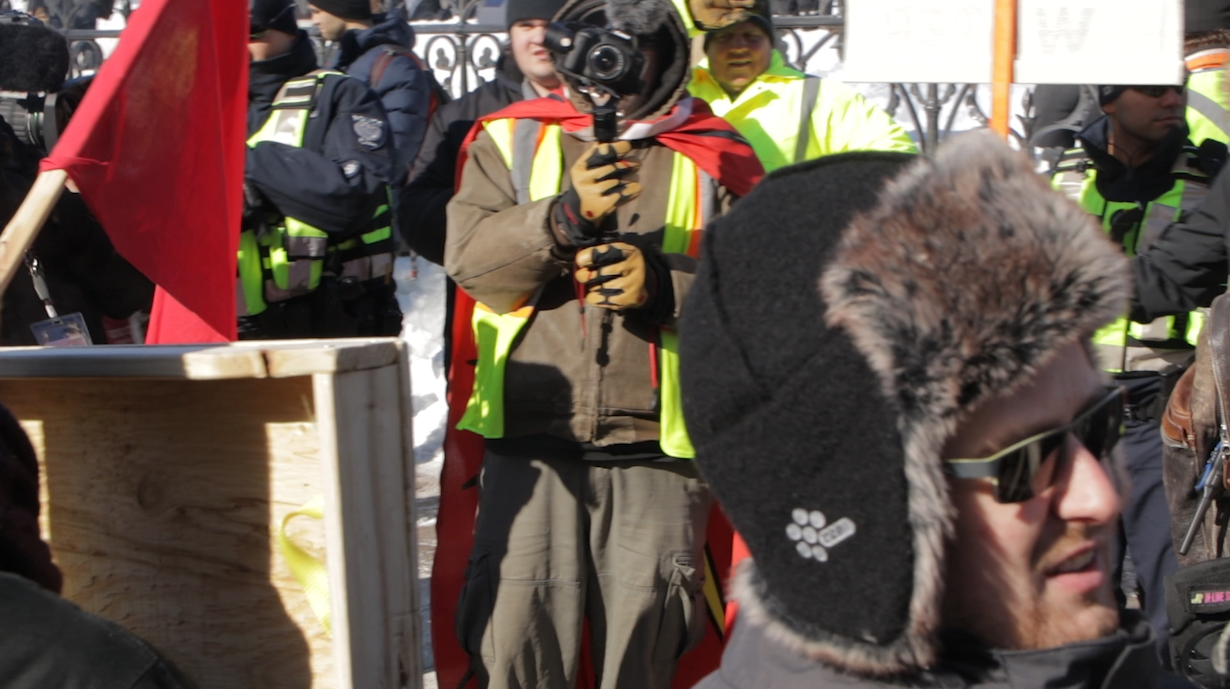 So this is him, two different perspectives. That’s who hit Keean. In Ottawa. So he’s probably from there. He seemed to be someone who protests a lot; he seems to be political. My suspicion is that he’s some public sector union thug who protests every day, and when he saw our people, he wants to do more than protest — he wanted to punch a conservative.

The second thing I need your help with is to pay for the lawyers.

If Sheila were a Liberal, if David and Efron and Keean were Liberals, not only would they not have been attacked, but if they were, police would take care of everything. They didn’t charge the Radisson manager, and they didn’t lift a finger in Ottawa. So, we have to pay for justice.

The lawsuit for Sheila cost us more than $30,000. It wasn’t about the money. It was about defending our people, standing up to bullies, and letting the world know that if you come for the rebel, we’ll come for justice. (By the way, David, Efron and Keean didn’t ask me to do this. I’m choosing to do this. Because I am grateful to them for suffering for our journalism, and because it’s right.)

This is part of the price of being a conservative in Canada. But I think we have to pay it. If you think so too, please help us out by contributing below.

*To contribute in a different currency, or to pay by credit card (not PayPal) please click here.

*To contribute by cheque, please make cheques payable to The Rebel and send to: