There is a project I have been wanting to take on as a photographer for nearly a decade. I have been looking to do a series of positive photo essays about the energy industry in Alberta. Not because I work in the industry or have some sort of special stake in it, I’m just an ordinary Albertan who appreciates the comfortable lifestyle he has because of abundant, affordable power. Not to mention access to the kinds of manufactured goods that are only possible because of the aforementioned industry.

Which makes it frustrating when you see how utterly lopsided and well - hostile - conventional reporting is to our energy industry. It makes one understand why the Mainstream Media is beginning to be called the Lamestream Media. I’ve yet to see a single article in a lamestream publication about how your typical wind turbine is an oversized bird and bat chopper, killing many, but it’s front page news if a bloody duck dies near an oil spill.

Sure glad to see that the CBC isn’t at all biased in their reporting using our forcibly extracted tax dollars. [cough] And I wish it was only Mothercorp. This crap also got published in the National Post, an allegedly conservative rag. [retching noise]

Anyhow, I’ve been trying to get this photo essay project going for years without success. While I’ve seen some very good examples of reclamation work done by the oil patch out where I live in Central Alberta, I’ve never been able to get a response from an energy company about getting access to their site, and it’s very bad form for photographers to trespass on private property.

I thought I had a good ploy when Ezra Levant published Ethical Oil as, let’s face it, the energy industry loves Ezra. I e-mailed him personally to ask if he might use his cachet to help me get needed access to the oil patch to make this project fly. It didn’t work out, although it might have been because he was beset by all kinds of legal crap from upsetting whackdoodle jihadists and HRC stooges at that time.

Fast forward over half a decade and I somehow wound up as a guest blogger at The Megaphone. For my very first piece I wrote positively about a local energy project just outside of Hanna, Alberta, where I am now living. To say the piece was well received locally is an understatement. 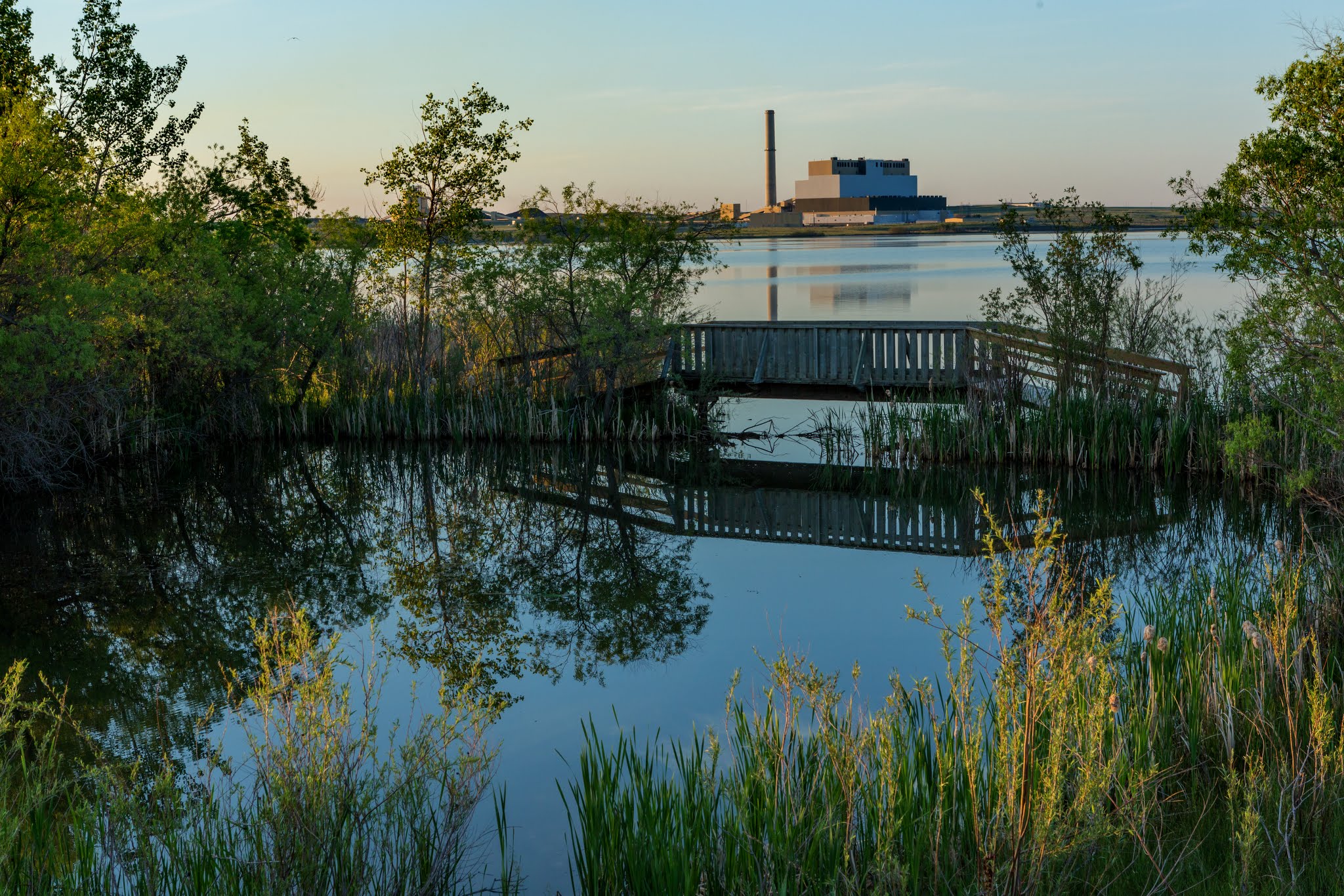 The Megaphone piece about Prairie Oasis was shared around the area many many times. Despite having lived in town for less than a year, I suddenly had people I didn’t know walking up to me in town to thank me, and reaching out to me online to express appreciation for the article. They were just amazed, not to mention oh so happy that a positive article about the local energy industry was actually written and published.

At that point I knew it wasn’t just me who wanted to hear this type of story, there is a real appetite out there among regular Albertans for positive stories about our province’s energy industry. The groundswell of support I found myself suddenly riding on proved that and then some. The problem is, that particular article and photo essay only happened because the energy project in question sat astride publicly accessible land. No permission was required to get near it with my camera.

I have spent the last month trying to parlay the success I had with the Prairie Oasis piece into an opportunity to do more writing and photography along the same vein. Not because I expect to make money doing it, but as a matter of personal interest. I’ve been in touch with many energy companies. Only three e-mailed me back. Only one said they would consider it and get back to me.

They didn’t. The other two made it very very clear (off the record, of course) that they would prefer to fly under the radar at present, particularly with our new provincial government that is sending out passive aggressive messages about Alberta’s oil industry. So far as Alberta’s energy industry is concerned, no news is good news.

I not only think this is a shame, I believe this is absolutely the wrong approach. If we keep letting the anti-energy, anti-civilization goons control the microphone, we’re only going to hear more of the same. We saw the same problem with man-made climate change. The narrative didn’t change until a few people got brave, pushed back, and emboldened more people to raise their voices to say, “hey, that doesn’t look or sound right - show me the raw data.” The current situation plays into the hands of the anti-energy crowd and push back is needed. Badly.

We are surrounded by energy companies in this country. The resource sector makes up over 25% of Canada’s GDP. That’s a lot of activity. There are a lot of positive stories to go with all that activity, and they’re not being told. They should be. Canadians deserve to hear the good things energy companies are doing in their lives and in their communities. I’d like to do my part in bringing those stories forward.

I am looking for people in the know to point me in the direction of some local success stories involving energy projects in their region. Things that are accessible from land open to the public, where photography is permitted. If you know of something within about five hours drive of Hanna, Alberta, I’d be happy to drive out, meet you, then photograph and blog positively about said project (if I agree that it is worth said treatment - I’m not a liar).

This is a longer shot, but I am foolishly optimistic despite nearly a decade of failure in this department… If you are an energy company that has a project within five hours drive of Hanna, I’m happy to ramble out there in the Starving Artist Van on my own dime, and spend a couple of days camping out and photographing your project for a positive piece on The Megaphone.

I will supply my own Costco muffins, Coke Zero, and Twizzlers. If I can’t find anything positive to say I won’t say anything at all - I think we all agree the regular media is doing a great job on that side of things. I’m open to stories about any accomplishments you’re proud of: Reclamation work, pollution controls, safety procedures, or community support projects. You are welcome to pick the topic.

There is certainly a real appetite for this type of reporting as my experience with the Prairie Oasis article proved. If nothing else, by helping me blog positively about Alberta’s energy industry - an industry that enriches the lives of all Canadians - you’ll also be helping me poke some dirty hippie in the eye. Motivating, right? Please email me at themegaphone@schoolofhardnocks.ca with your ideas and suggestions, operators are standing by.

You must be logged in to comment. Click here to log in.
Sean McCormick commented 2015-07-30 00:11:46 -0400
Dave, what you’ve shared is in keeping with my own personal experience here in Central Alberta. The only way you can spot the reclaimed area most of the time is that it actually winds up being ‘healthier’ than the surrounding areas that were untouched. The reclamation work is done to that high of a standard. Of course, no one ever shows pictures of a resource extraction site AFTER it’s finished with — much easier to do hit pieces showing ‘wounds’ torn into a ‘pristine landscape’. God forbid there is any follow-up or an attempt to get the energy company’s side of things.
Dave Bainard commented 2015-07-29 22:38:52 -0400
That was an excellent article you put together. The problem you will have though is that most if not all oil/gas sites in Alberta are keep immaculately clean and somewhat blend into our landscape. You will find it difficult if not impossible to find a reclaimed site. The companies working here find it in their best interest to maintain their higher than expected standards. Even the oilsands sites will be returned to better conditions when mother natures oil spill is cleaned up. Good luck in your quest.