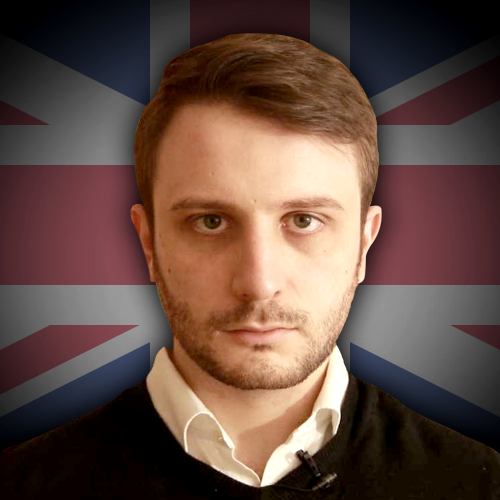 You probably know that councils in England have had to make large cut backs over the last eight years, but do you know why?
December 26, 2018

I’ve had a great Christmas with my family, and I hope you have too! But I'm lucky. Given what our government tells us about unemployment figures, but huge numbers of people in the UK are struggling to get by.
December 21, 2018

Republic of Ireland Prime Minister Leo Varadkar has shut down concerns over a hard border being implemented in Ireland, in the event of No Deal.
December 21, 2018

Will the French police join the Gilet Jaunes?

If you’ve been following my work on the Gilets Jaunes, you’ll know that this ‘yellow vest’ protest is about much more than the carbon tax. This is a grassroots movement of people from across the political spectrum, joining together to protest against Macron’s elitist policies and high taxes.
December 20, 2018

Amber Rudd let the con slip, again. She said in an interview with ITV’s Robert Peston that while she doesn’t want a “People’s Vote” (yeah, sure), she thinks there would be a plausible argument to hold a referendum if Parliament fails to agree on a deal. She is of course ignoring the fact that it was Parliament’s duty to begin with to implement the decision made by the British people.
December 20, 2018

UK: When will the Tories take immigration seriously?

Remember when the Tories promised all the way back in 2010 that they would reduce immigration to the tens of thousands? Well after eight years, I’d have thought they’d have made some progress. But they haven’t.
December 19, 2018

I said Meghan Markle wasn’t worthy of becoming royalty, and I was right. Ever since she married into our Royal Family she’s turned the whole thing into one big episode of Jeremy Kyle.
December 19, 2018

In what is either a sign of what’s to come, or a great double bluff from Brussels, the European Commission has announced they have begun implementing their preparations for a No Deal Brexit. Just like the UK is setting aside £2 billion to fund government departments, the Commission is aiming to reduce disruption as much as possible in finance and transport sectors.
December 19, 2018

Thought the EU was spending your tax money wisely? Think again. This Christmas, bureaucrats in Brussels are being given raises between 1.5% and 1.7%, supposedly to keep up with the cost of living.
December 17, 2018

Theresa May can say she doesn't want a second referendum until she's blue in the face, but it doesn't mean it isn't going to happen. It turns out that five people in her own cabinet are arguing in favour of the possibility of holding that second referendum.

Toronto doesn't have a gun problem, it has a gang problem

(WATCH) Dave Rubin on Tucker Carlson: I thought it couldn't get crazier