That state of the art pipeline would have taken 1.1 million barrels of oil, every day, from Alberta, to New Brunswick, where Canada’s largest refinery is located.

That refinery, incredibly, actually imports oil from OPEC, including from Saudi Arabia. So not only was this the largest shovel-ready infrastructure project in Canada. But it would replace OPEC conflict oil with Canadian ethical oil. And stop funding the terrorists.

And it would have brought Canadian oil to a port, so we could possibly export to a customer other than the United States.

Now Energy East would have to answer for any global warming from any oil companies who might ship oil through the pipeline in the future, or anyone who uses the oil. That’s absurd. It was made up to kill the deal.

Justin Trudeau hates the west — just like his dad, Pierre Trudeau, who brought in the National Energy Program to destroy the west a generation ago.

Quebec Liberals were literally cheering. The Liberal mayor of Montreal, Denis Coderre, who used to be an MP and the Liberal energy critic, tweeted in French saying how he is "very proud" that he "played a key role" in destroying the project.

And he’s right. Quebec Liberals have, once again, killed oil and gas jobs in Canada.

Each year, Quebec gets billions of dollars in equalization from Alberta and Saskatchewan, the two provinces that would have filled Energy East.

Trudeau can’t have it both ways. They can’t kill every oil pipeline and still expect to shake down the oil patch for money. They made their choice. Now it’s time to cut them off.

So here’s what we’re doing:

We’re launching a petition, calling on Brian Jean, Jason Kenney, Brad Wall Dianne Watts and others to renegotiate change the rules of equalization payments. No oil pipeline, no oil money.

We’re going to run a billboard campaign across Alberta and Saskatchewan to the same effect — here’s a mock-up of the billboard: 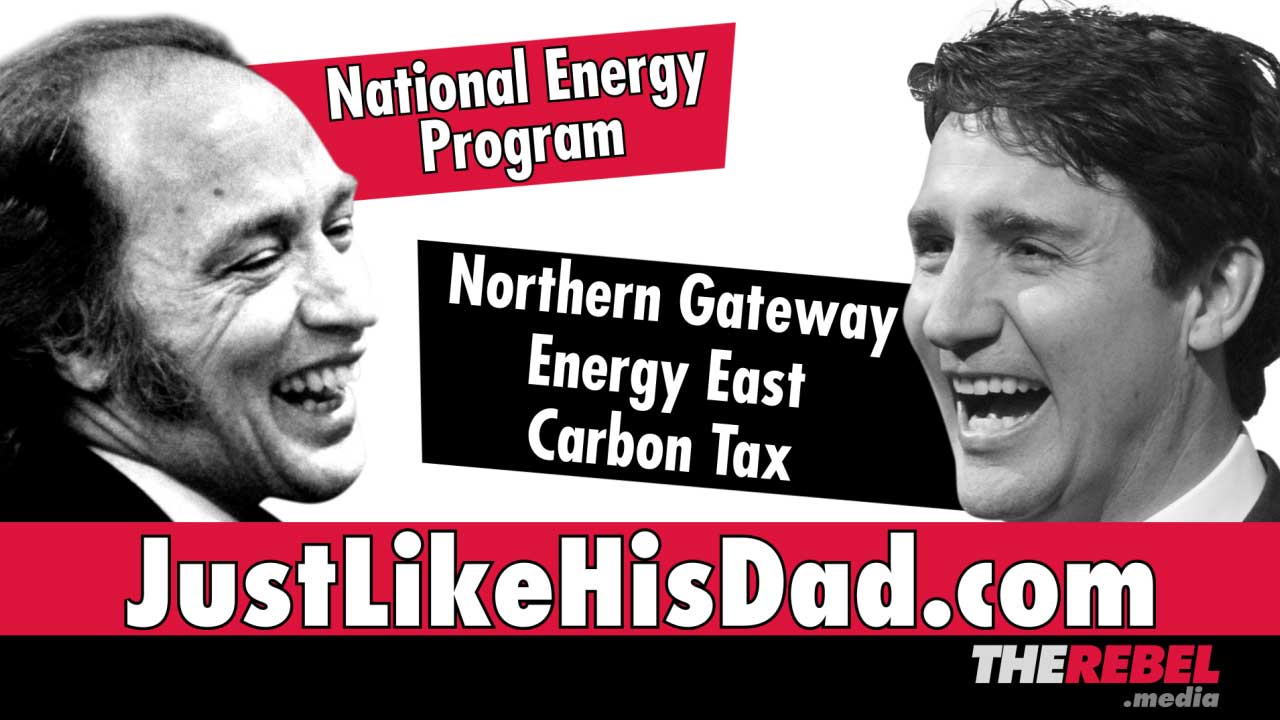 We are selling bumper stickers too, to help spread the word. Click here to order yours now.

We’ll also run radio ads in Alberta and Saskatchewan, asking people to sign the petition to get the oil premiers to stand up for their workers.

And we’re also going to run another billboard in Quebec, in French, at the website RienDePlus.com which means, "no more."

And if we raise enough money, we'll commission a professional opinion poll on the issue, too.

Please sign the petition on this page, and chip in to fight this fight.

Canada’s equalization payments to Quebec must be renegotiated to remove energy revenues.