Rebel contributor and star of Take That, Kurt Schlichter has published a brand new book called Militant Normals: How Regular Americans Are Rebelling Against the Elite to Reclaim Our Democracy -- and it’s already annoying the liberals and "Never Trump" sissies!

Kurt Schlichter's biting wit, backed with real-world experience in courtrooms and war zones, lacerates an elite that has forgotten that it was granted its power to serve normal Americans, not itself. Insightful, provocative, and often hilarious, Militant Normals is a terrific explanation of our current political chaos - and how normal Americans will prevail. 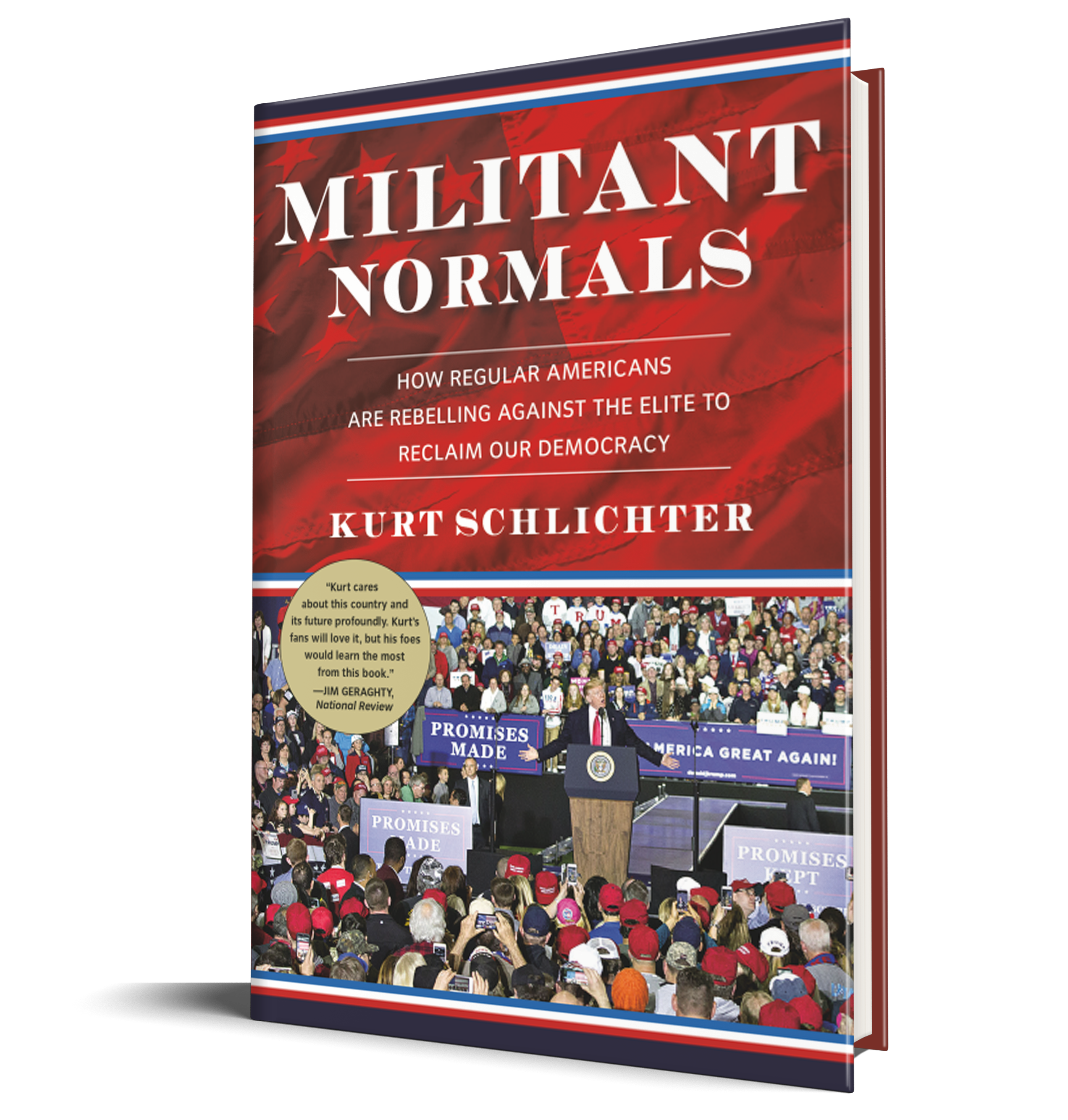 The governing classes' worst nightmare is the voters waking up to what's been done to them. Kurt Schlichter's Militant Normals is an insightful, prescient, and frequently downright hilarious look at what's happened, and what comes next.

Kurt's Schlichter's roots in Americana shine in his prose, from faith, family and patriotism to self-sufficiency, his verse on people and communities standing up for their values and their priorities veers from poetry to counter punch, making it a book that is hard to put down.

Kurt Schlichter's Militant Normals captures the ferocity and humor of his notorious Twitter feed and Townhall columns. It's fast, frightening and funny all at once as it celebrates the revolt of the people who really make America great.

Get Kurt Schlichter’s new book Militant Normals: How Regular Americans Are Rebelling Against the Elite to Reclaim Our Democracy today!

Order on Amazon by clicking here.