NDP candidate Myrna Clark has a vast history of saying outrageous things on Twitter which, if the media didn’t ignore would force NDP leader Thomas Mulcair to remove her.

Clark hates Canada’s oil industry and would like to see it destroyed: 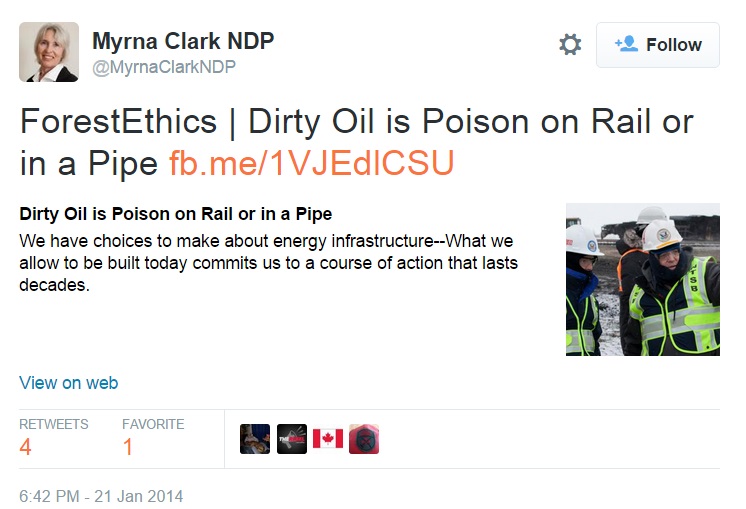 Is a huge fan of the murderous Russian tyrant Vladimir Putin: 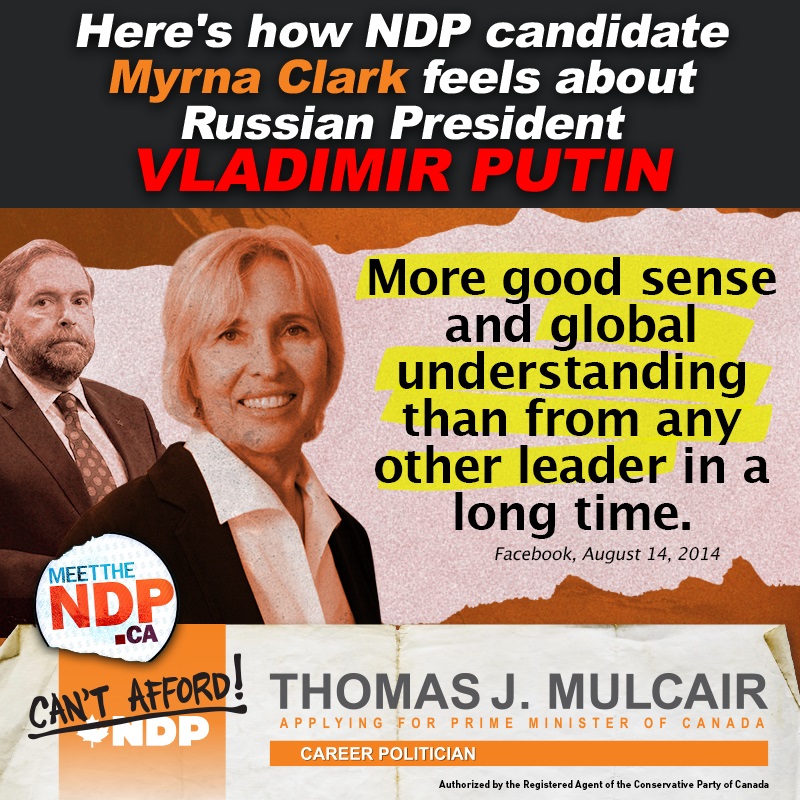 And stated the Prime Minister of Canada, Stephen Harper is funding terrorists in the Middle East: 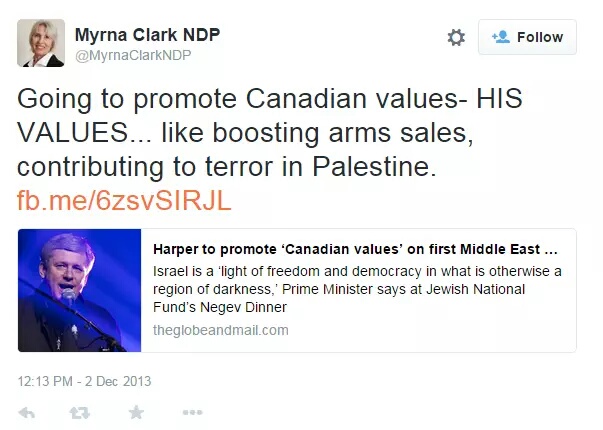 What are the odds that the Media Party will finally now stop shielding the NDP?

The continuing pattern is that the NDP is a strong supporter of islamic terrorism and hates Christianity and Judaism.

Arrraaaggggghhh – the stupid – it burns us!!!
Rick Plesnik commented 2015-09-12 14:48:47 -0400
“What are the odds that the Media Party will finally now stop shielding the NDP?” None at all. They’re too busy celebrating more attacks against PM Harper!
Gerald Hill commented 2015-09-12 13:47:17 -0400
Another candidate that is going to crucify herself. Win at all costs and don’t let a little thing like facts get in the way of morality.
Trent Bowden commented 2015-09-12 13:29:40 -0400
Dean, You do know that “terror” and “terrorism” are two different words, right? She made no mention of sponsoring terrorism. Almost all of your articles have glaring errors, omissions or wild assumptions in them. You will eventually learn how to write a quality piece but, unfortunately, you are just not ready right now.
Deborah Graupner commented 2015-09-12 12:06:32 -0400
All NDP candidates seem to have taken a stupid pill. Please don’t vote for these clowns!
Dirty Harry commented 2015-09-12 12:05:10 -0400
Well the left sure has it’s kooks running for office. There are even people out there that think what The Justin™ says makes complete sense. I think many people have a problem with reality. This is one example and she’s seeking to be voted for. Some will vote for her brand of stupidity.
Prince Knight commented 2015-09-11 22:04:09 -0400
And if a “Conservative” posted anything even remotely similar, they would be publicly tarred and feathered, and drummed out of the Party in disgrace. Don’cha hate double standards? (But it speaks volumes about the party she DOES belong to…)
Andy Neimers commented 2015-09-11 19:57:54 -0400
This lady is apparently a kayaker, but her take on Vladimir Putin indicates she “doesn’t have both oars in the water”…