The Media Party refused to even look for Donnelly or demand NDP leader Thomas Mulcair explain his candidate but last week, Donnelly showed-up campaigning with his union friends: 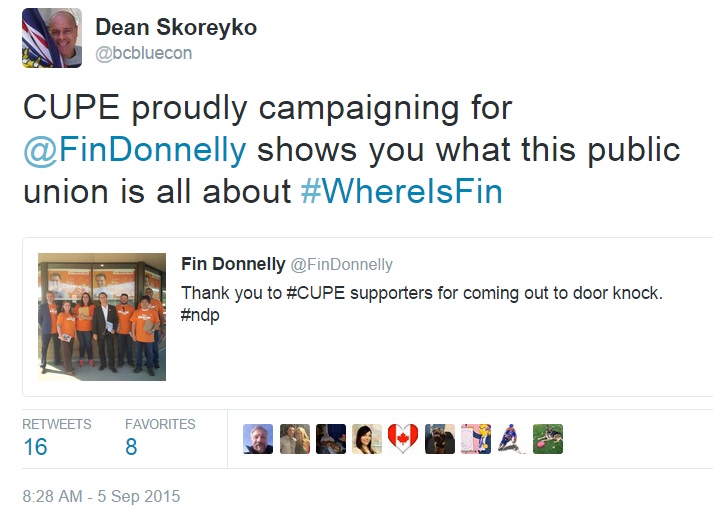 We need Conservatives to confront Donnelly out on the campaign trail since the media won’t do it.

You must be logged in to comment. Click here to log in.
bill smith commented 2015-09-08 15:51:28 -0400
Sickening… NDP Fin lied and used his constituent’s private letter and dead relative as political tools… His role as over-paid delivery boy is not an effective way to help. Since 2009, Fin has mentioned in Parliament (debates, bills and committees), the word ‘Syria’ only one time… and is was in a committee asking the relation between ISIS and Assad…. He really needs to apologize, or better yet, resign.