Today Ezra received this letter in the mail from the premier of Alberta, Rachel Notley. 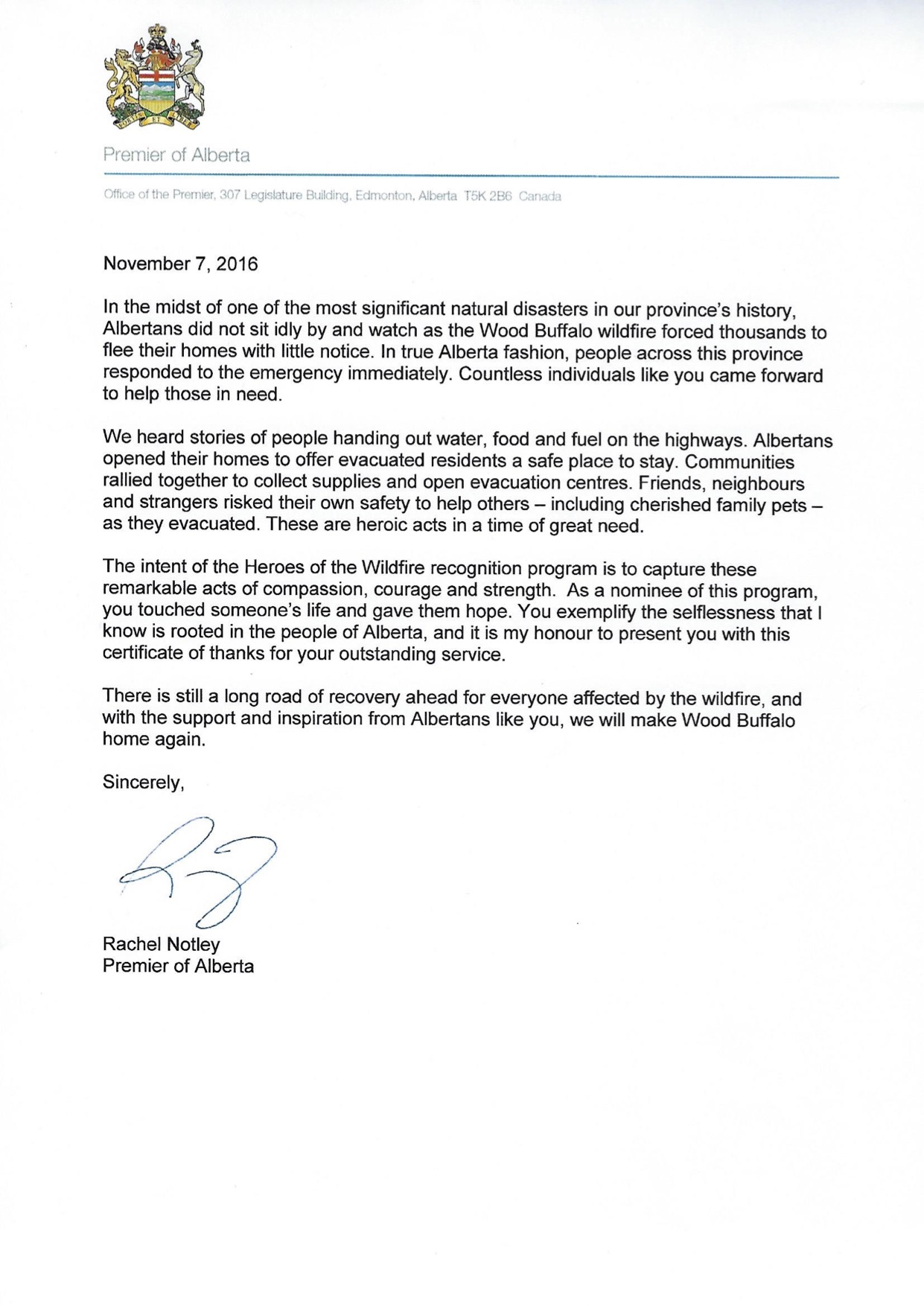 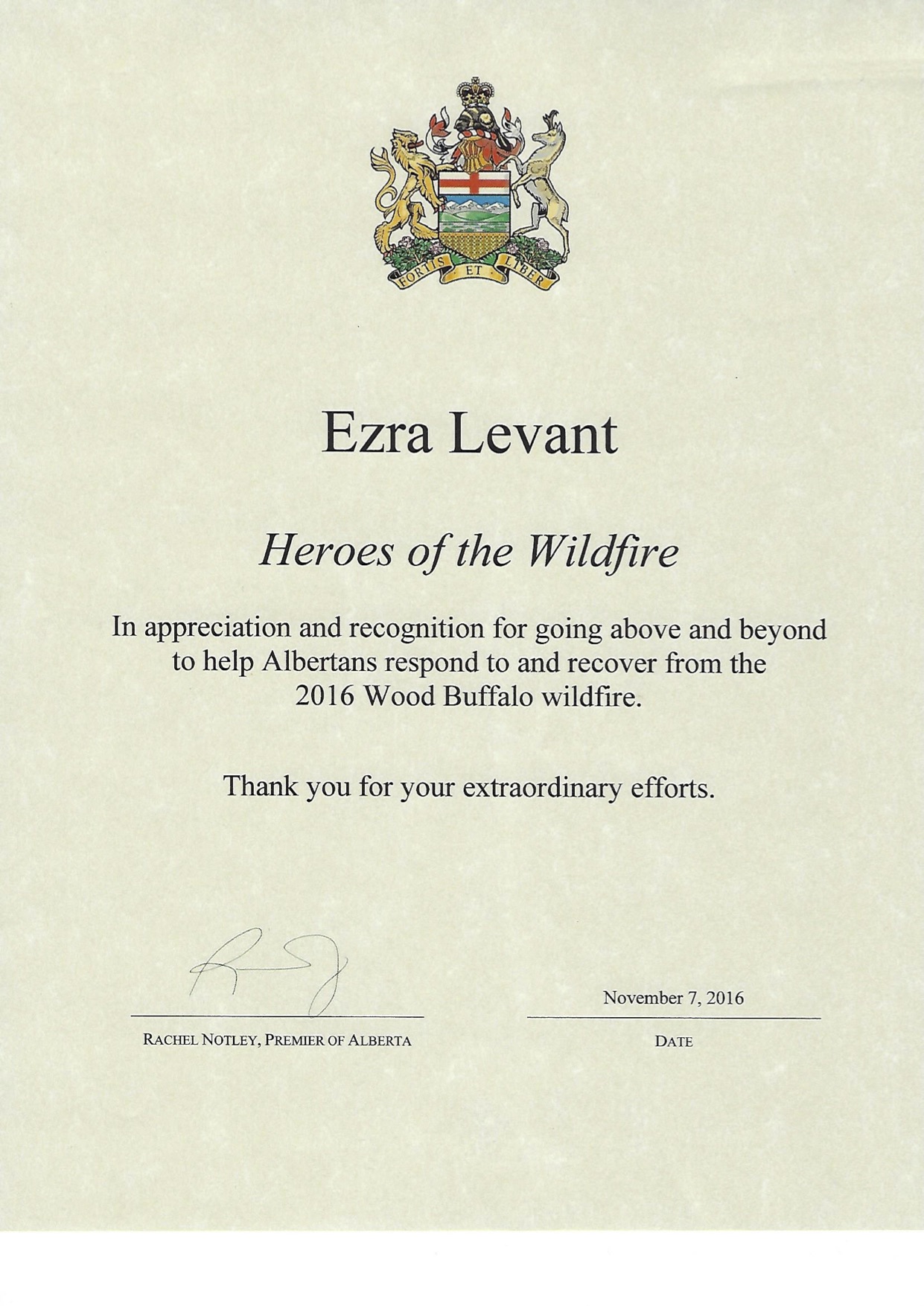 Although Ezra's name is on it, it’s really a certificate of gratitude to the 1,000+ donors to our Rebuild Fort Mac campaign — including you.

Thank you again for being so generous with the people of Fort McMurray. Being involved with that fundraiser was one of the proudest achievements of my life, and I hope you feel the same way.

The Red Cross sent us a thank you letter:

On May 3, 2016 the great city of Fort McMurray, Alberta, burned as wildfires swept in from the surrounding forests. Over 60,000 residents are now homeless.

The Rebel set up an Inidegogo page to raise funds for the Red Cross.

Our campaign goal was huge: $100,000. But together, we smashed through that number, and raised more than $150,000 — one of the largest fundraising drives in the country!

We were able to get most of that to the Red Cross in time to qualify for matching funds from the government, too — so the final number received by the Red Cross will be even higher!

Thank you so much to everyone who made this campaign such a tremendous success!

P.S. If you donated to this campaign, you should have received an email with instructions on how to claim your perks and tax receipts. If you haven't received that email, please feel free to contact eitan@therebel.media for more information.

(WATCH) The Chicago Fire: America at Its Best

A Canadian veteran isn't allowed to display his Canadian flag!