UPDATE: The poll results are in!

Thanks to the generosity of our viewers, we crowdfunded a professional poll on the Alberta NDP's carbon tax. Here's what you told us:

Albertans believe the NDP is hostile to the oil and gas industry. They think the NDP doesn’t have a mandate for the tax, and they should put it to a referendum. They think their electricity bills are going up, the tax itself will go up, and the whole thing is just a cash grab.

Folks, it’s up to us to fight back. The first of our 2,500 of our lawn signs have started going up across Alberta. If you’ve signed up for a lawn sign, expect an e-mail from us in the next day or so telling you where to go to pick it up in your community — we have dozens of volunteer lawn sign captains who have generously offered to distribute them across the province. Thanks you!

If you haven’t registered for your lawn sign yet, or if you want to be a lawn sign captain to help distribute them, you can still sign up.

(PS: Lawn signs are free, but we do ask you to consider making a $5 online donation to help cover the cost. If you want to help us cover the cost of this opinion poll, you can do so at the website, too. I haven’t got the bill for this poll yet, but I imagine it will cost us at least $2,000 because it was so long.)

But we can stop it if we fight back now.

Notley's carbon tax applies to almost everything. Oil, natural gas, gasoline at the pump, home furnaces. Anything that moves. Anything that keeps warm in the winter. It’s devastating. The NDP says it will wring out $3 billion a year from Albertans in 2018, rising to $5 billion a year. I bet, like the GST did, it will cost even more than they say.

It’s not just taxes that will kill jobs. Notley is legislating Alberta’s clean coal power plants out of existence. Just banning them — and the jobs that go with them. Instead, she’s planning to give billions in subsidies to expensive green schemes like solar panels. Yeah, those will work well in Alberta’s winters.

She even announced a legal cap on the number of jobs in the oilsands. She doesn’t call it that; she calls it a cap on the carbon dioxide the oilsands can emit. Same thing. The oilsands simply will not be allowed to grow beyond existing and approved projects. New jobs, new investment — it’s just been ordered to stop.

Not that oil companies were lining up anyways after Notley’s devastating budget last month.

The NDP aren't even done yet. Notley's royalty tax review panel still has to give its recommendations too. There’s still that multi-billion-dollar tax hike yet to drop.

Well, we’ve simply got to fight back.

We need to collect as many names as possible, to show Notley just how far offside she is from Albertans.

Notley never campaigned on a $3 billion carbon tax in the election. If she did, she would have lost.

Now she thinks she can just steamroll it onto an already devastated economy. Sign our petition to tell her no!

But that's not enough.

We’re ordering up thousands of lawn signs that we will distribute to every Albertan who wants to stop the carbon tax — it’s very simple; it’s non-partisan. It just says, sorry, we won’t all be led to the slaughter. We don’t all believe in dismantling the economy. 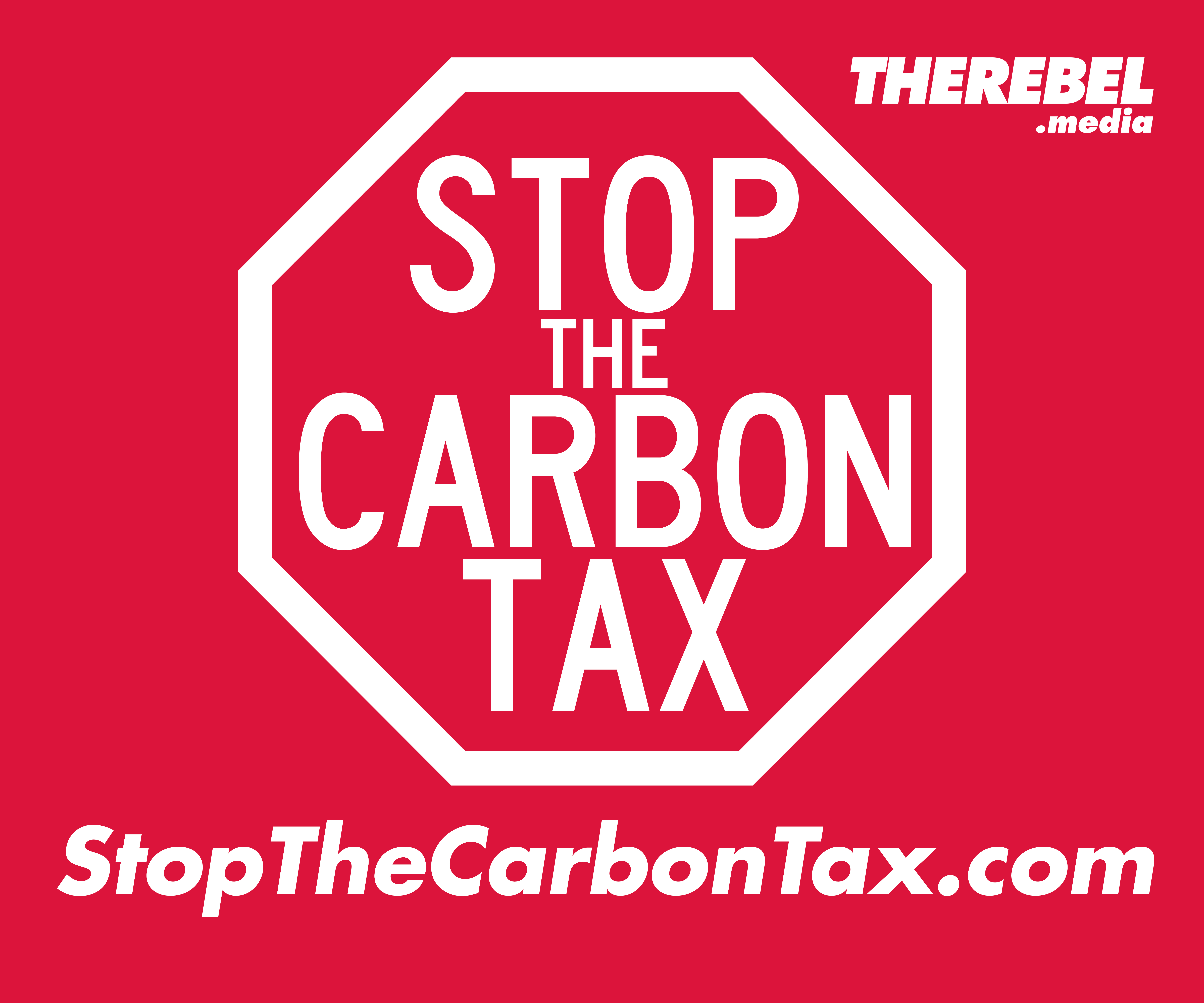 If you want to take delivery of a few hundred lawn signs, and keep them in your garage, and let people come pick them up, or even deliver them to friends, let me know too — that’s a special job. You can sign up as a lawn sign captain by clicking below. We will ship you the signs, and you can be the contact person for your neighbourhood.

You can also click here to purchase a "stop the carbon tax" t-shirt and bumper sticker!

Join the fight back, say no to this carbon tax!

Tell Rachel Notley to call off her job-killing carbon tax.