Turns out that the media's newest anti-Trump darling, Freda not only thinks that putting US vets over illegal immigrants is 'ignorant' but she also took issue with the American flag at Trump rallies.

The latest left-wing media hero made headlines in The Telegraph after she was 'confronted' by a group of Donald Trump supporters while allegedly holding a sign that said “minorities matter”.

She films herself in the middle of the confrontation with no context of why the Trump supporters are chanting 'Trump is great'. Normally they chant 'Build The Wall'. Hardly offensive, unless you're Freda who wants Trump to just 'disappear'. More on that later.

Over the commotion one woman is heard telling Freda, “You're illegal! I have to pay taxes and live here, so do you.” To which she replied saying “I was born in Texas”.

This very short inoffensive video ended up making international news. You'd think it was as big as Trump supporters getting eggs thrown at them, beaten up, bloodied, and viciously intimidated like what happened in San Jose.

The left wing media loves to cherry pick its incidents and this is just the latest one. 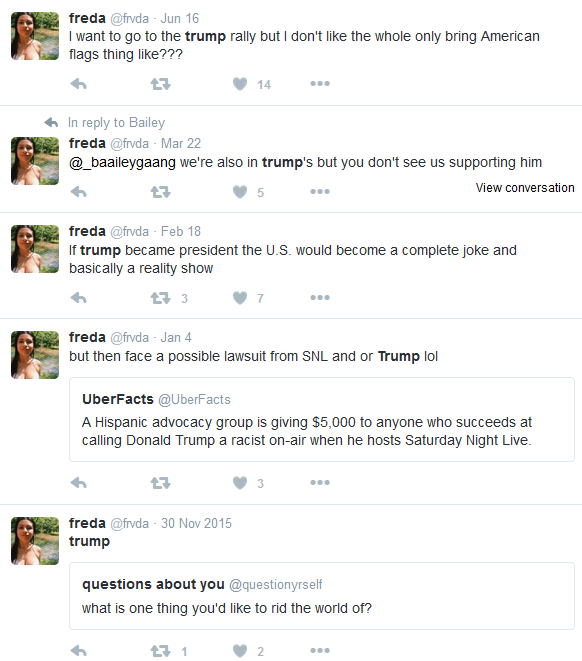 Well, I conducted a very quick Twitter search including her username “frvda” along with certain terms such as “Trump”, “Mexico”, “America”, “racist”, etc.

What I found was that the latest little media darling, despite claiming to have been born in Texas, has her heart set on Mexico. 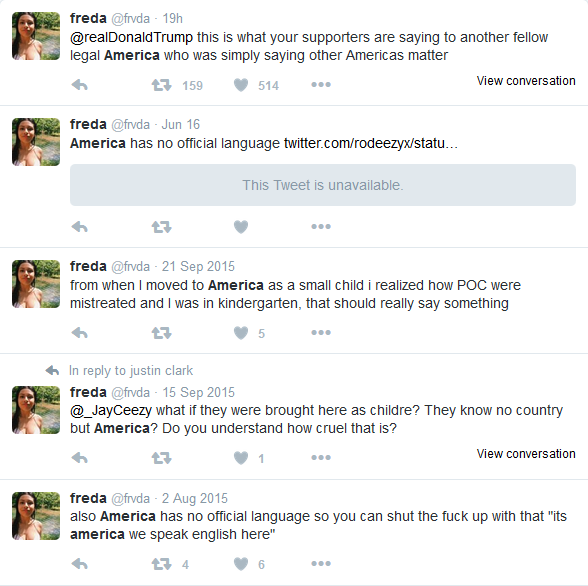 She calls Mexico 'her country' . She also references 'moving to America as a small child'. Is she contradicting her 'born in Texas' comment from earlier? 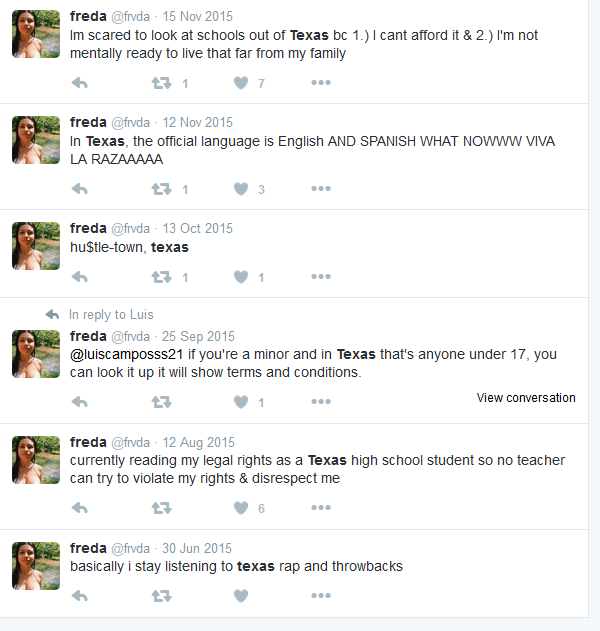 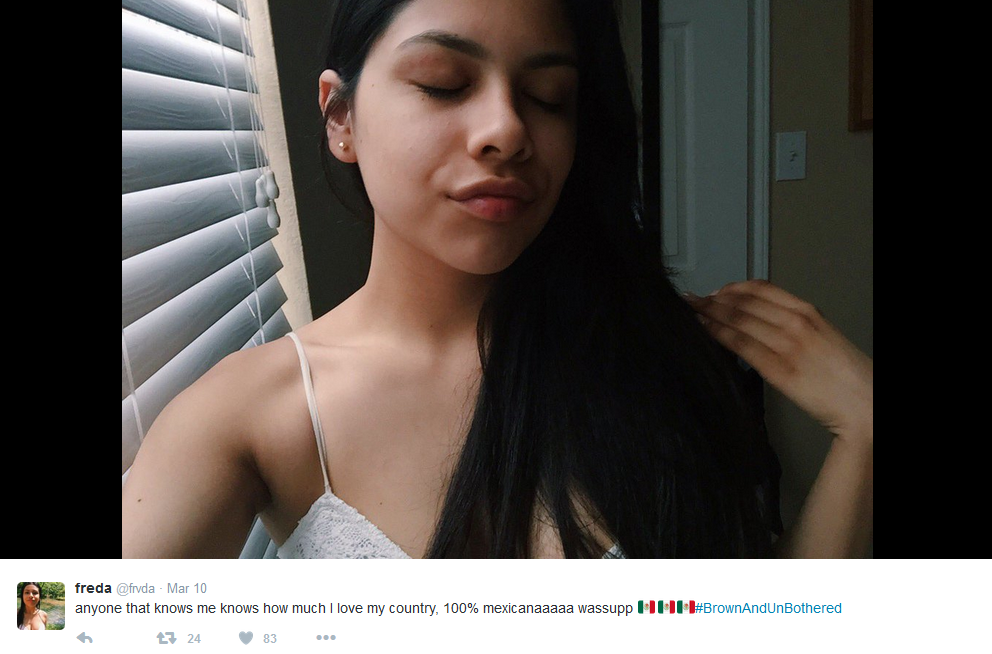 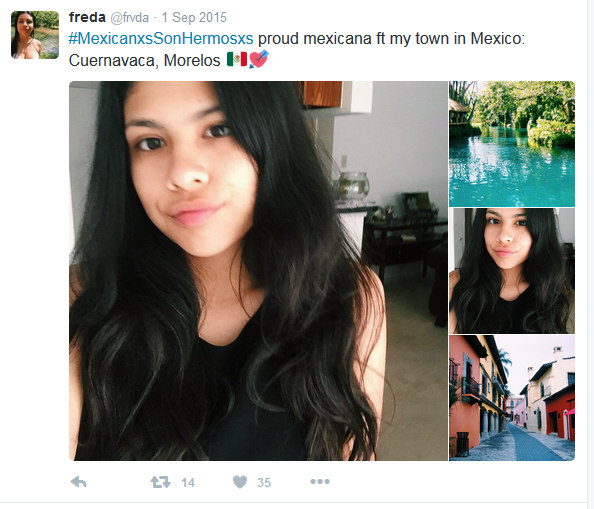 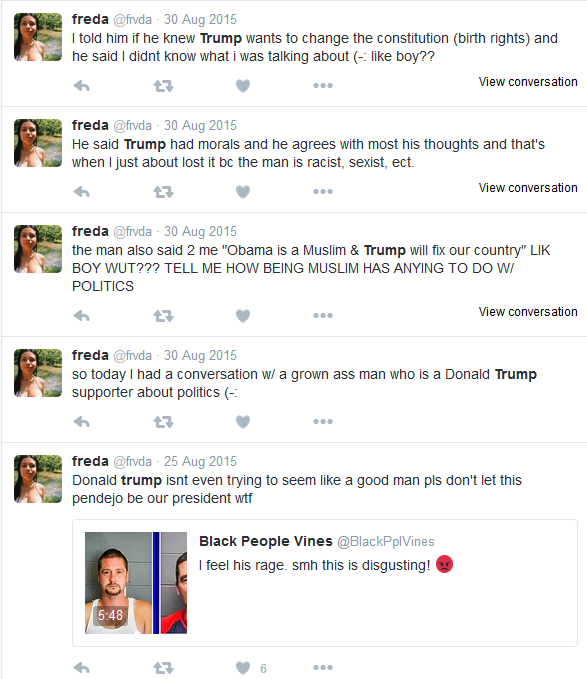 This is really what we commonly see by anti-Trump Mexicans – a praising of Mexico and a condemnation of the United States.

But don't expect The Telegraph to tell you what I just did.

If you do not like the US of A, go back to the land of your forefathers, nobody will miss you.

Muslims often insist that other religions are just as violent as theirs and that the bigger problem is “Islamophobia”.
We put that narrative to the rest each Ramadan with a running count of ALL terror attacks categorized by motive.

Those who live by the sword will be shot by those of us who have progressed.