The Rebel has published a brand new book by Sheila Gunn Reid -- and it's yours for free! 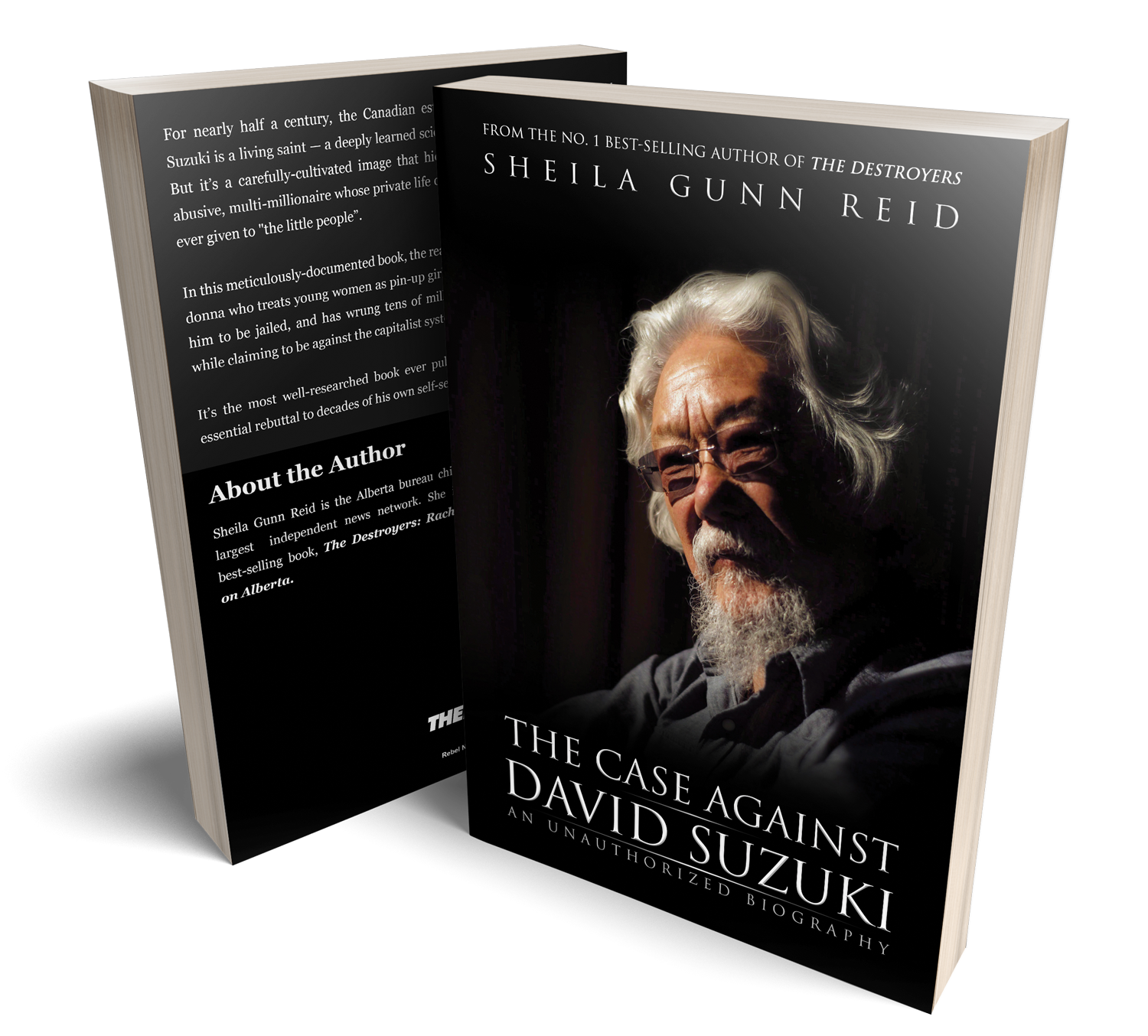 For nearly half a century, the Canadian establishment has told us that David Suzuki is a living saint -- a deeply learned scientist, and a national conscience too.

But it's a carefully-cultivated image that hides the truth about Suzuki: a vain, abusive multi-millionaire whose private life contradicts every public scolding he's ever given to "the little people".

In this meticulously-documented book, the real David Suzuki is revealed -- a prima donna who treats young women as pin-up girls, calls for people who disagree with him to be jailed, and has wrung tens of millions of dollars out of taxpayers, all while claiming to be against the capitalist system.

It's the most well-researched book ever published about Suzuki -- and it's an essential rebuttal to decades of his own self-serving propaganda.

Order on Amazon by clicking here.

Or sign up below to download your free copy of The Case against David Suzuki: An Unauthorized Biography.

(We have made the decision to keep this book free for everyone. But it wasn't free to make it. If you believe in this project as much as we do and want to help, please click here to chip in to cover everything from the cost of the rights to the cover photo, to the legal fees of having the manuscript vetted by a top defamation lawyer. Thanks!)