She is Anita Sarkeeisian, the Canadian-miseducated daughter of immigrant Armenian parents, who has recently attained some fame and fortune.

He is Milo Yiannopoulos, the gay conservative attention-loving gadfly who engages and enrages feminists and social justice warriors in Britain and abroad, via Twitter, a wide range of articles, and social media. He is reportedly writing a book on the Gamergate controversy.

Only this. He just got 'de-verified' by an increasingly irrelevant and unprofitable Twitter, and she's been hired by Twitter as part of their 1984-ish council of grievance a.k.a. "trust and safety council for ensuring safe spaces" speech police grüppen. Oh boy. 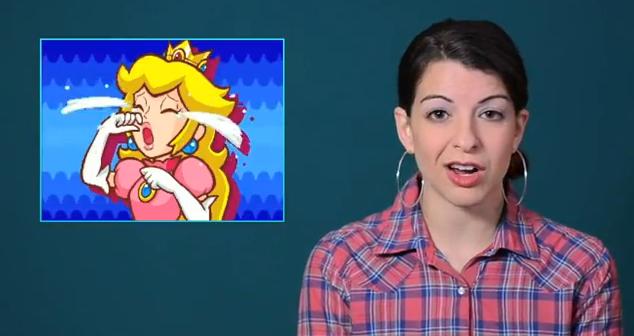 (Will Nanny ALL The Things!)

Anita Sarkeesian launched her Feminist Frequency blog in Canada, but later presided over part of the #GamerGate controversy, by weighing in against critics of ethical problems & political correctness in game journalism.

As a graduate of the infamously hyper-progressive York University in Toronto (an MA in "Social and Political Thought") as well as California State University, she knows all the tropes and tricks in the social justice warrior playbook, and parlayed that into a cool million dollars of income over the past several years. 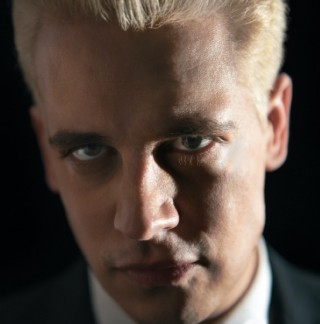 Milo Yiannopolis is an Englishman of Greek background, a homosexual, irreverent, and cheerful conservative controversialist and "cultural libertarian" who appears on Twitter, Breitbart, TV shows and media platforms to disassemble feminism, defend free speech, demonstrating that hard-Leftist progressive politics and culture are not mandatory for self-identified gay men.

And he's declared an all-out war on Social Justice Warriors... in a "fun and provocative" way.

Shut Up! They Argued 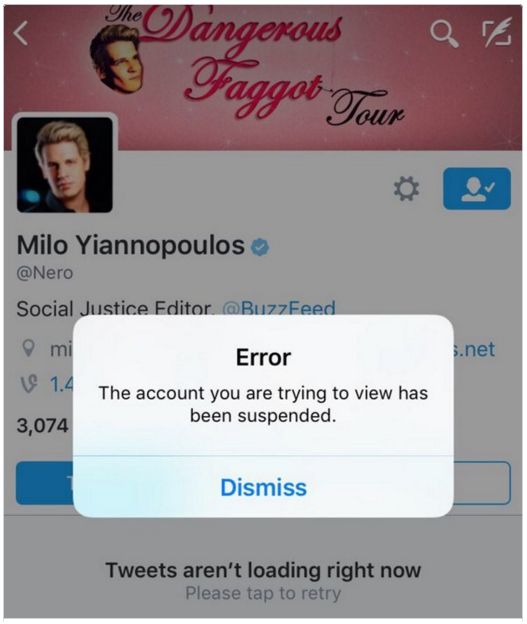 As part of his "Dangerous Faggot" 2016 World Tour, Milo spoke on the Rutgers University campus on February 9th, to the usual attempts to shut down his speech by aggrieved “Black Lives Matter” activists, some of whom had smeared their faces with red paint (which they left splattered on chairs, floors, and doors for the cleaning staff to deal with, no doubt).

The speech went ahead, after the rest of the crowd started chanting back at the disruptive #BLM people "Trump! Trump! Trump!", i.e., stuff your political correctness, we're hear to listen to Milo, agree with him or not, so shut-up. 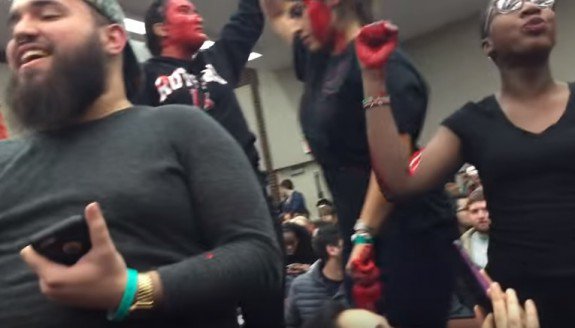 This is typical neo-progressive campus activism, where mischievous and disruptive bomb & death-threats, pulled fire alarms, angry mobs, screaming youth, and some cancelled events have become the new normal. This is just as most campuses in Europe and North America (such as Sarkeesian's York) have become left-leaning monocultures of progressivism, anti-semitism, soft-fascism, anti-Christianity, and a remarkable touchiness about even allowing words and ideas they dislike to be spoken on campus by students, let alone at big events self-described by uppity and 'Dangerous Faggots'.

You can listen to Milo's actual words & ideas at the Rutgers on “How the Progressive Left Is Destroying Education” by clicking the link.

Yiannopolous started out as the 'Breitbart Tech editor', but his fame and the hatred directed toward him grew as he journalistically took apart #GamerGate and feminist claims in various venues, to the point that his enemies recently protested his 'Verified' status on Twitter.. so the anti-free-speech Twits obediently de-verified him. Can't have a 'dangerous faggot' interfering with the one-message Progressivist signal, can we?

The direction Twitter (and similar social media platforms like FaceBook) are trending in 2016 is uniformly progressive-- towards editing, blocking, deleting, de-verifying, and otherwise interfering with non-Progressive groups, messages, and individuals. Of course, Mr. Yiannopolous has not stopped twittering, but the deverification means that his many online fans don't automatically receive his tweets in their regular news-feed.

Thus Ms. Sarkeesian's invite to the Twitter Muzzle & Ban club fits where that social media platform wants to go: less dissent, less upsetting ideas, less free speech, less gadfly contrarian troublemaking-- less stupid evil Milo!-- and all the other incorrect wrong-thinking scum like him. These are sad and alarming developments: some speech is freer than others; some ideas are more equal than others.

Ever since the fact-checking and talking back to establishment radicals hit with the invention of the internet, various kinds of speech police have been working double-overtime to stuff the genie back into the bottle. Too much uncontrollable thought, open discussion, debunking, debate and disagreement has been flying about-- it must stop. Silence!

Now, Ms. Sarkeesian has chosen to be the poster-girl for Big Brother and Big Muzzle, via social media giants; and a thoughtful gay pest has stood up one of the latest poster-boys for the fightback, for freedom and rational debate in media, culture, on campuses, and no sacred cows allowed. Pay attention to his reasoned ideas now, before someone shoots him. Because social justice. 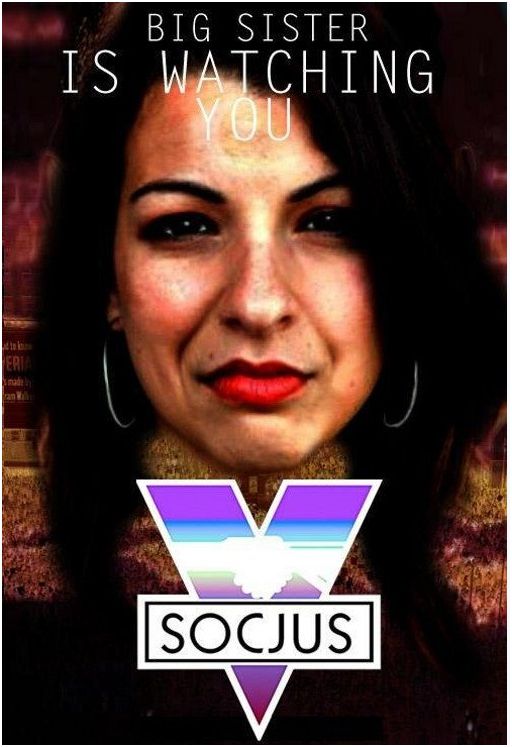 Here's to hoping that some less-than-soft-fascistic Canadian university invites Milo Yiannopolous to speak here, to fight back against the creeping morbidity of mind and politics which is even now re-freezing the Canadian mind and spirit. We could invite Sarkeesian, too, but we already have thousands upon thousands of copies of her in Women's Studies Departments, feminist groups, and in government and bureaucracy (plus the Prime Minister's Office) to think she'd really bring anything interesting or new.

I know whose side I'm standing on. How about you? How about HRH Justin Trudeau?

My name is Binks WebElf, and I self-identify as a cis-gendered male elf, except on Wombat Wednesdays, and "I'm A Tree, So Hug Me" month. 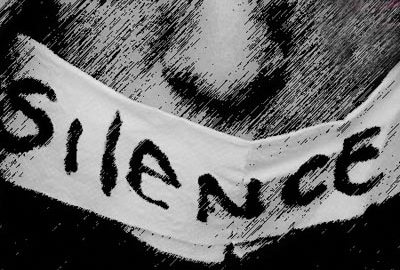 You must be logged in to comment. Click here to log in.
Guy Fap commented 2016-02-18 03:59:07 -0500
This is ridiculous. Its a privately owned social media platform. If they want to destroy their brand with this nonsense then fine, but its not an attack on “free speech”. If the Rebel bounces leftists from their comments section, then its their prerogative cause they own the site. The so called “democratic structure” of the internet and social media has fooled people into thinking they have unlimited access to privately owned websites. Its the illusion that sells these social media brands, but its still an illusion. Maybe I’m just old but the internet has produced a generation of unrealistic whiners.
Rachael Wickwire commented 2016-02-17 10:47:19 -0500
Feminism isn’t about equality. Its about dominating.
Liza Faucher commented 2016-02-16 15:46:56 -0500
I have asked a few 30 year olds whether or not they are concerned with the twitter censorship. They act as if its a non issue. ‘Its been happening for a while already on facebook’, they say. And that’s all they say. I can’t believe we have brought up a whole generation of sheep. Why is this fine, or normal to them. Why aren’t they screaming bloody murder. I hope this misguided little girl, Anita Sarkeeisian enjoys her power trip, because its going to be a short one.