A Virginia teen responsible for operating the @Amreekiwitness Twitter account, which posted 7,000 pro-ISIS tweets to more than 4,000 followers, has been sentenced to 11 years in prison. 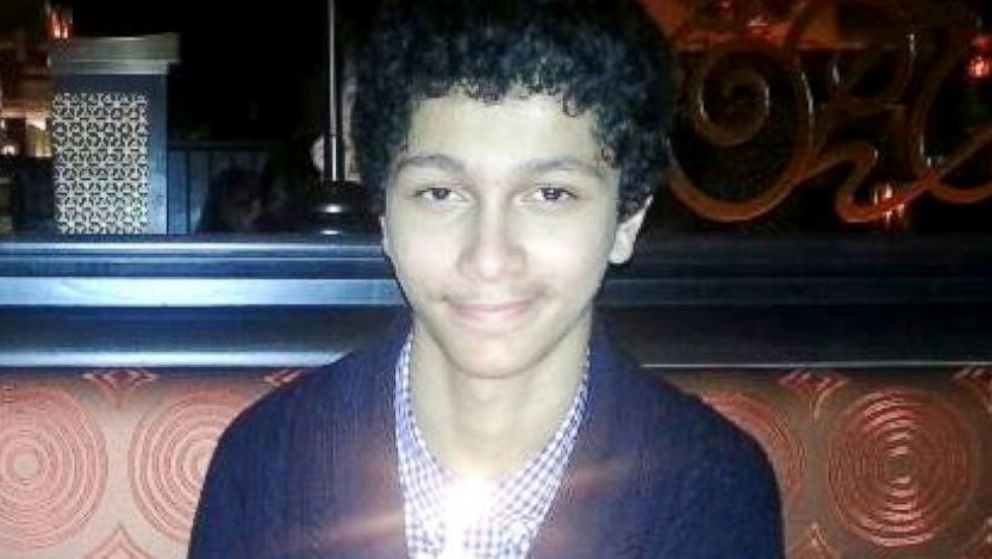 Ali Shukri Amin, 17, from Woodbridge, VA. stood motionless as the sentence was delivered by U.S. District Judge Claude M. Hilton, according to the Daily Mail.

Amin, who pleaded guilty to conspiring to provide material support and resources to the fanatical organization, read out a statement to the judge that said that he “did not expect sympathy” and was “ready to accept any sentence given to him”.

Using an alternative descriptor to refer to ISIS, the Islamic State of Iraq and the Levant (ISIL), U.S. Attorney Dana J. Boente of the Eastern District of Virginia commented on the case: “Today’s sentencing demonstrates that those who use social media as a tool to provide support and resources to ISIL will be identified and prosecuted with no less vigilance than those who travel to take up arms with ISIL.”

“The Department of Justice will continue to pursue those that travel to fight against the United States and our allies, as well as those individuals that recruit others on behalf of ISIL in the homeland,” Boente added.

Offering an insight into how Amin was caught and emphasizing the need for citizens to remain vigilant, Chief Stephan Hudson of the Prince William County, VA. Police Department said: “Observations made by school staff and subsequent follow-up by the School Resource Officer were some of the earlier indicators of suspicious behaviour regarding this individual.”

“Those observations were quickly relayed to our partners with the JTTF [Joint Terrorism Task Force] who acted upon this information very quickly [and] proved to be instrumental in the overall investigation in stopping a dangerous network such as ISIL from further infiltrating our community,” Hudson continued.

Additionally, Amin admitted providing instructions on how to use Bitcoin, a virtual currency, to mask the provision of funds to ISIS, and to having facilitated the transportation of an ISIS supporter to Syria to join the terror network.

Reza Niknejad, an 18-year-old Prince William County, VA. resident, travelled to the battle-hardened country in January this year. He was subsequently arrested and charged on June 10, 2015 with conspiring to kill and injure people abroad.

And, as posted below, Peter’s excellent question comes to the fore…
Prince Knight commented 2015-08-30 16:06:48 -0400
Peter — Excellent question. Still working on that, myself. When I stumble across something that will actually work and not land people in jail (or worse), I’ll let everybody know…
Liberty Rodent commented 2015-08-30 15:51:02 -0400
Prince… I hope it is not past time….
“ Why? Why do fools fly? Said Denethor. ‘Better to burn sooner than late, for burn we must.’ Go back to your bonfire! And I? I will go back to my pyre. To my Pyre!”
JJR Tolkien’s Lord of the Rings
Like Denethor, many Western leaders and the Media Party have been staring into the Orthanc of the Muslim Brotherhood and have had their minds warped with political correctness and misinformation.

Harper has aligned himself with reform-minded and freedom loving Muslims, I think. The group he stands with SEEMS as much alike my Canadian brothers and sisters as any. There are lots of Muslim organizations, here and abroad, that can inform us all about Salafism, Wahhabism, the reform movement, radical groups and the contents of the Quran and Hadiths. I agree! Especially the Media,… they have to set aside political correctness, get their head out of their progressive/liberal arses, work hard and do their jobs! I provide a link: http://aifdemocracy.org/
Rick Plesnik commented 2015-08-30 13:42:02 -0400
Joan. You might enjoy this as well. Apparently the Muzzies were all up in arms when it came out. Surprising it is still on Youtube. https://www.youtube.com/watch?v=HnL-7×4n4d8
Joan Abernethy commented 2015-08-30 08:01:20 -0400
What this teen will learn in prison (a very short video – wait for it): https://christianspooksite.files.wordpress.com/2013/12/afghan-terrorist-class.gif
Peter Netterville commented 2015-08-29 22:35:10 -0400
@ Prince Knight

How?
Prince Knight commented 2015-08-29 22:17:38 -0400
Perhaps it’s [past] time for we, the people, to make ourselves heard to the judiciary. We should let them know that it is NOT okay to ignore laws passed by Parliament. It is NOT okay for laws which have properly gone through the House of Commons and the Senate (correct procedure, here) to be declared Unconstitutional by the Courts. We should let the Media know that we’re not happy with the completely biased “reporting” (if it could truly be called that) that regularly defames our national leaders. (Factual reporting, yes. Interpretation and slander, no.)

Our current Prime Minister has attempted to give us, the people, the laws we’ve been asking for — repealing the Gun Registry, making sentences tougher on criminals, screening immigration for undesirables, streamlining bureaucracies (Elections Canada, Senate, Veterans Affairs, etc) — and the Media and the Judiciary are actively blocking these attempts.

Perhaps it’s [past] time to make noise, to voice our displeasure, to be heard. Right now we are ignored and marginalized. Maybe it’s [past] time to change that…
Rick Plesnik commented 2015-08-29 16:00:48 -0400
“If this happened in Canada he would get 6 months in juvy where he would recruit more ISSI candidates.” And then a Lieberal Judiciary would let him out to live with his Lawyer and become a hero to the Socialist Media! Too cynical? No. It’s already happened!
Glenn Craig commented 2015-08-29 15:22:36 -0400
I agree with Joan ….this is merely a recruitment opportunity for the little Hadj. Incarceration only “corrects” those who want to be a part of society.
Peter Netterville commented 2015-08-29 15:12:19 -0400
Bravo said, “I have no time for anyone of any age who supports these evil monsters”

You and me both!
Bravo Zulu commented 2015-08-29 13:03:56 -0400
Peter – if this happened in Canada nothing would have been done – we would not want to hurt his self esteem – in the middle east, those that Canadians think of as “child soldiers” – who are actually men under slammer law – regularly participate in gun battles – I have no time for anyone of any age who supports these evil monsters – and many of those monsters are now in Canada

As an aside – where were the parents of this kid?

Encouraging him in this enterprise makes them guilty as well – jail and then deport – the entire family.
William Clark commented 2015-08-29 12:02:28 -0400
11 years good!! He should have got more time in jail. Animals are smarter then people who follow those stupid savages. And yes i mean issi.
Peter Netterville commented 2015-08-29 10:31:26 -0400
William said, “If this happened in Canada he would get 6 months in juvy where he would recruit more ISSI candidates.”

After which time he would be adopted by the main stream media as their darling so they can bash and blame the big bad evil Stephen Harper for personally throwing him into juvy and locking the door just like they did with Omar.
William Maciura commented 2015-08-29 10:21:10 -0400
If this happened in Canada he would get 6 months in juvy where he would recruit more ISSI candidates.
Thinas Green commented 2015-08-29 08:09:26 -0400
Thankyou America! Put him in a cell with Bubba the biker. John McGuire got what he deserved.
mike obrien commented 2015-08-29 07:54:55 -0400
they should have just put him on a boat to any islamic state … let him enjoy the joys of sharia … while it lasts
Wayne Allen commented 2015-08-29 01:17:30 -0400
Goof for the USA, we in Canada should be doing the same thing up here.
Joan Abernethy commented 2015-08-28 21:59:49 -0400
At least Amin didn’t try to beat the charge with some pro-shariah defense. If he serves the full eleven years, he’ll be out when he is twenty-eight, still a young man. If he is smart, he’ll use his time to get an education and straighten out. Trouble is, the prisons are mostly just recruitment centres for organized crime including terror groups like ISIS. Who knows? Maybe going to jail was part of his plan to make contacts and advance in the organization.
Keith Barnes commented 2015-08-28 20:02:54 -0400
This Punk, so involved in ISIS. The Judge should have shown him the error of his Ideals and sentenced him appropriately. Sever one hand and one foot, on opposite sides.
Rick Plesnik commented 2015-08-28 19:58:03 -0400
Finally, the U.S. Justice system is waking up to the threat. Elected Judges in the U.S.! We need that here!
Fraser McBurney commented 2015-08-28 19:53:17 -0400
Now after he serves his sentence lets hope the U.S. has a president with enough balls to strip him of his American citizenship and send him back to hell where he belongs.